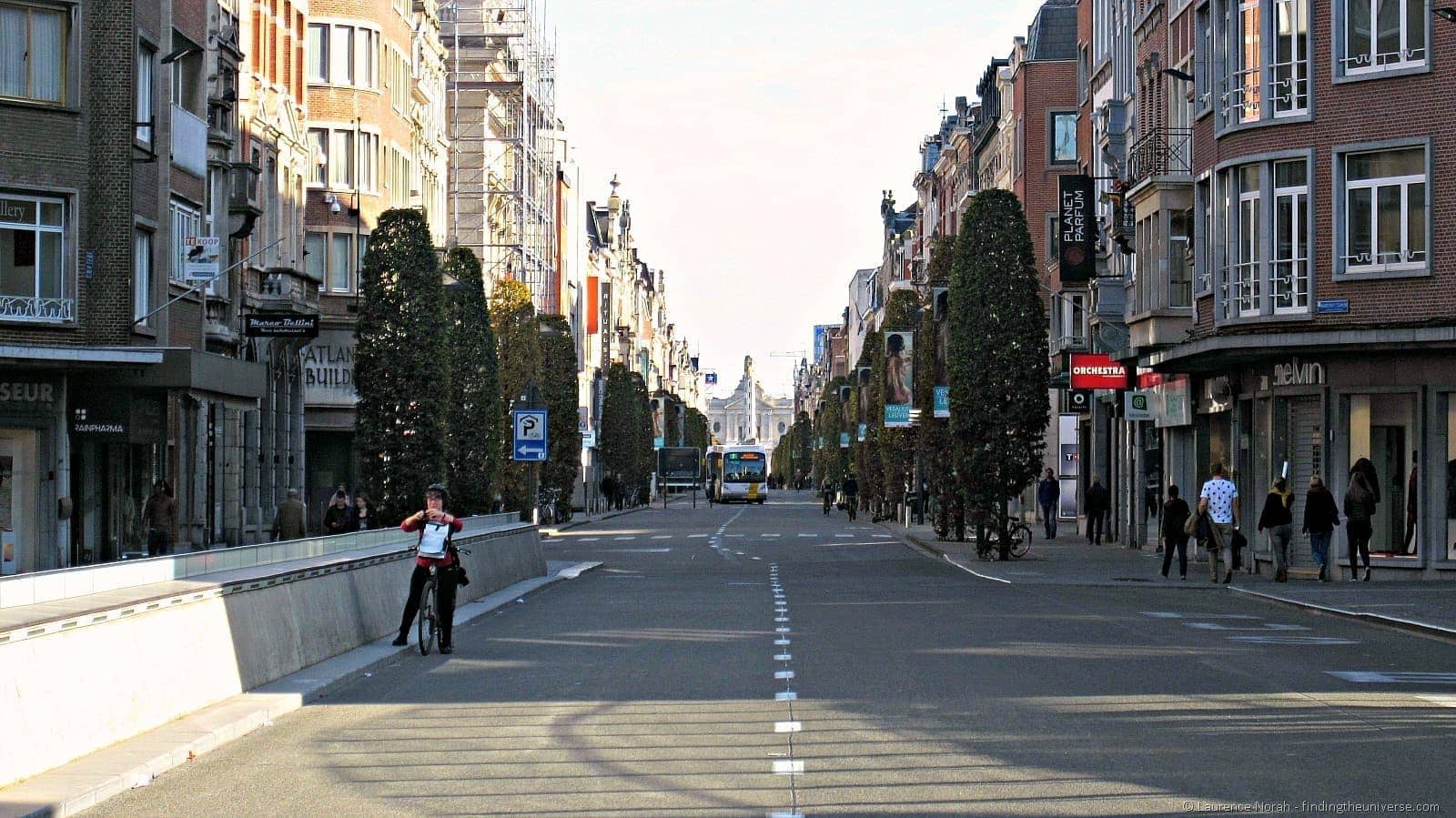 Home » Destinations » Europe » Belgium » A Walk Through Leuven
Finding the Universe contains affiliate links, meaning if you make a purchase through these links, we may earn a commission at no extra cost to you.

Today’s post is from Sofie, who writes at Wonderful Wanderings. You can read more about Sofie at the end of the post, in the meantime, take a walk with her through her current home town of Leuven in Belgium!

While I’ve only been living in Leuven for about four years now, I’ve come to the city ever since I was little. First it was with my parents, then it was as a teenager, mostly to go to the movies or to go shopping. As a student I explored Leuven’s cheap nightlife and enjoyed the many festivals. Now that I live here I still do all of those things, but I’ve also learned to appreciate the parts of this city that might seem ordinary at first, but are anything but that.

Why don’t you take a walk with me through Leuven, and I’ll show you? 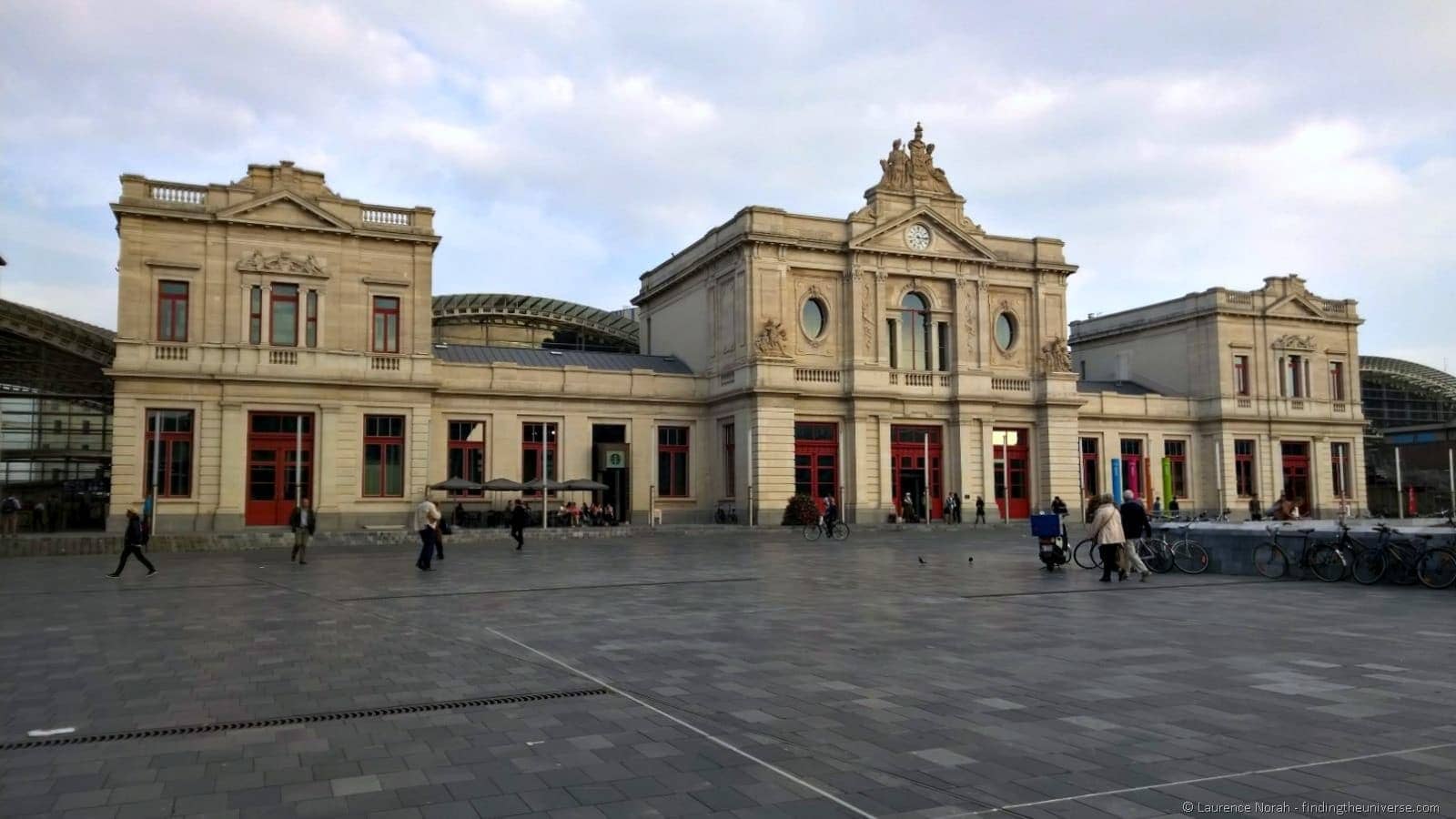 Let’s start at the train station, where I’m guessing a lot of visitors to the city will arrive. The city recently renovated the building, making it a real attention drawer.

In the right corner opposite from the station entrance you’ll find the Depot. This concert hall has also recently been renewed. Luckily they’ve kept their cinema-like chairs. They’re super cozy to watch a concert in or take a break from partying. Yes, they do hold parties here as well!

Straight across the station square lies the Bondgenotenlaan. This is one of Leuven’s two main shopping streets and it has been a dangerous place for me during my studies. You see, I always had to follow this road to get to the train station after class and I often had a bit of time to kill before my train would leave. Oh, the amount of unnecessary stuff I bought here still hurts my wallet. 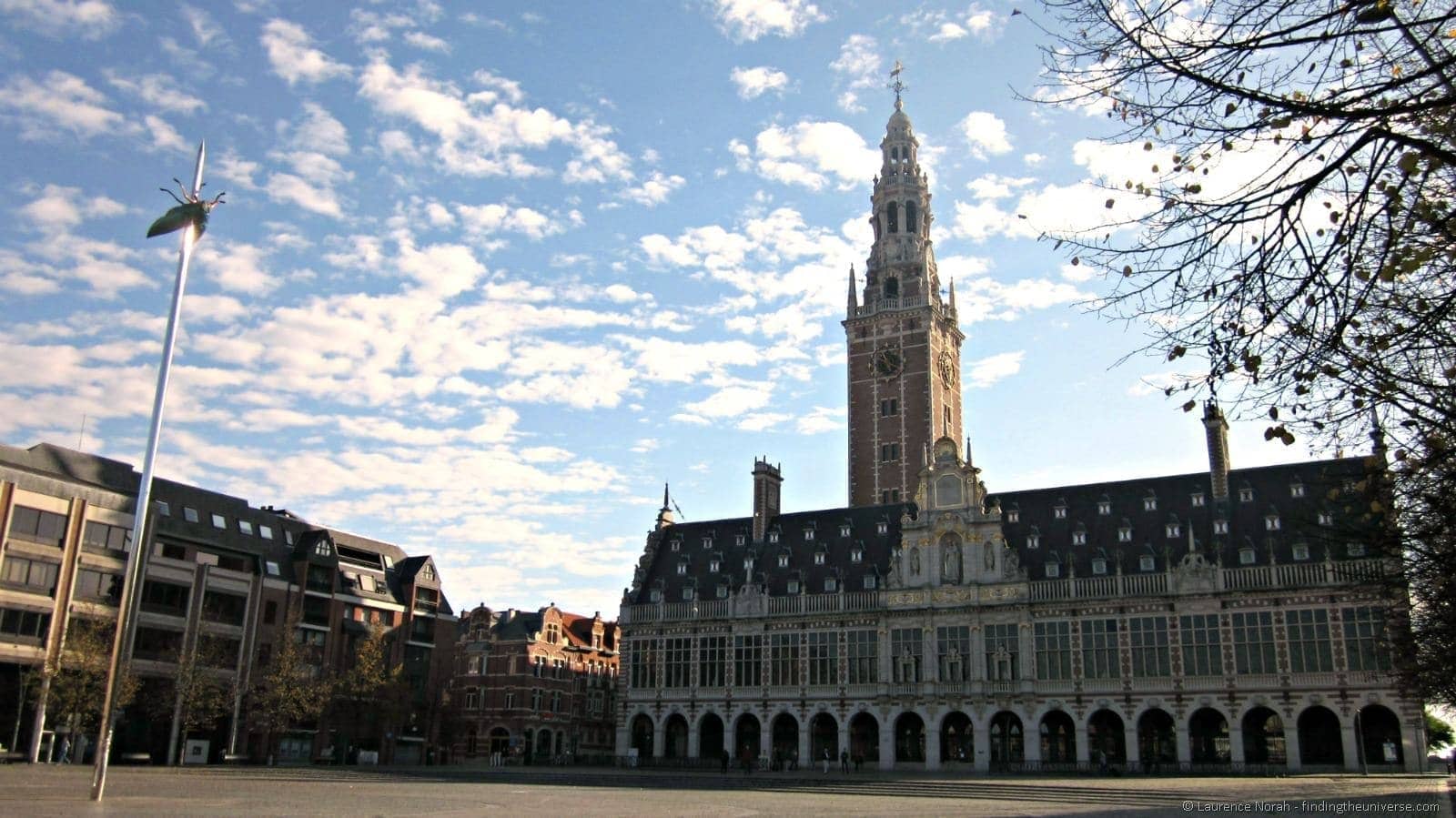 If you look up into the alleys on the left of the Bondgenotenlaan you’ll probably notice a large square. This is the Ladeuze Square or Ladeuzeplein. In summer you’ll find plenty of students on the steps, enjoying an ice cream or just having a chat. The large beetle on a pin that you see in the middle is actually a famous work of art by Jan Fabre. He has a thing with beetles and even decorated an entire ceiling of the Royal Palace with them.

On the Ladeuze Square you’ll also find the main University Library. While this building looks pretty old, it actually isn’t. It was built after World War I, in which the old library in the Naamsestraat was destroyed.

I never liked doing research there because the main reading room has a very slick wooden floor and if you dared to wear heels there, you would almost certainly slip in front of everyone there. Yes, that has happened to me as well. 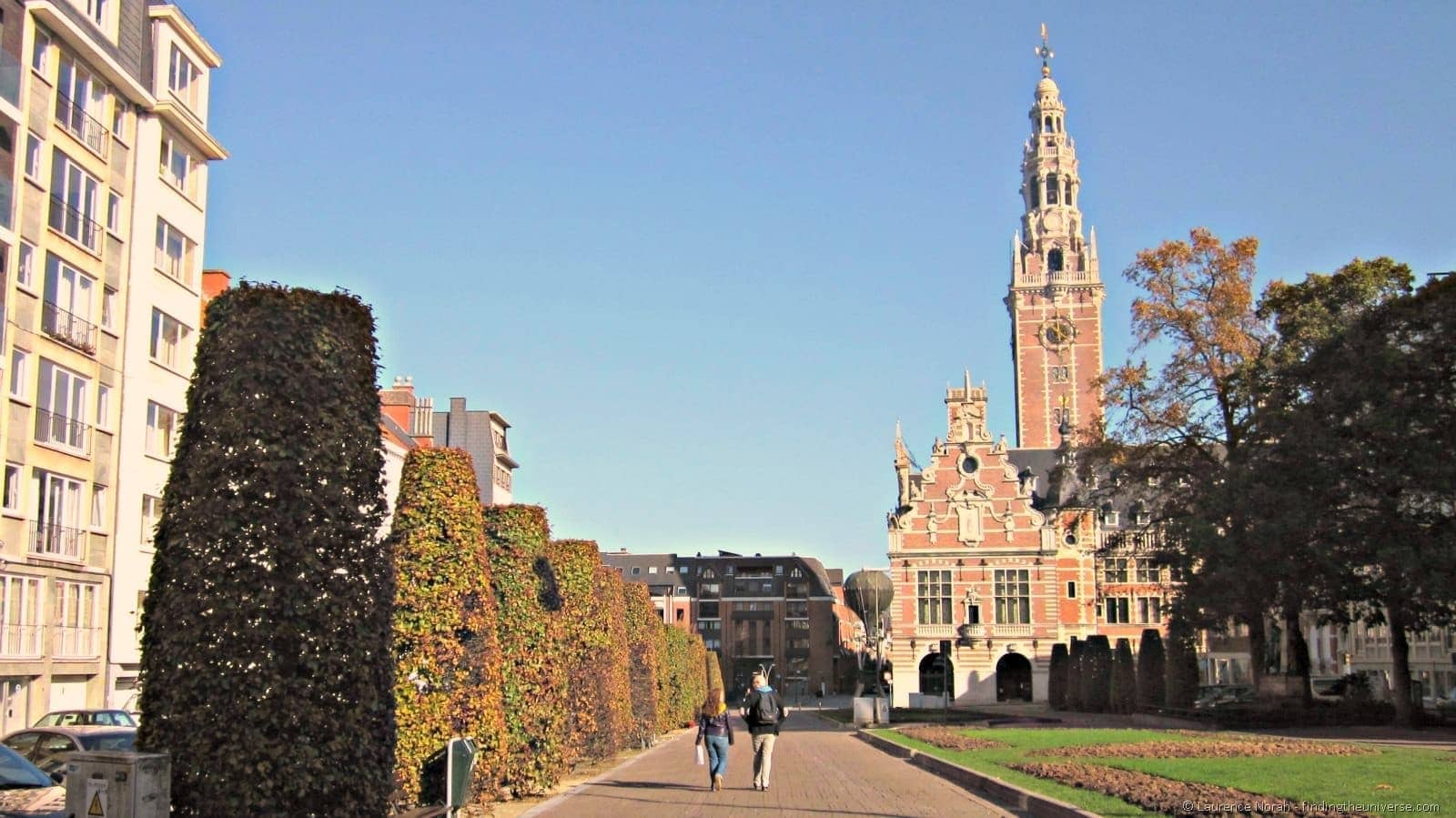 To the top right of the Ladeuze Square there’s the Hoover Square or Hooverplein and after that the entrance gate to the city park. This park is rather small, but still fun to hang out in when the weather is nice.

It’s a bit chilly today though, so let’s walk back to the Bondgenotenlaan. We’ll take the Leopold Vanderkelenstraat, where the M Museum is located. This museum displays work by old masters as well as contemporary art, both in a permanent and in temporary exhibitions. The building itself is worth a visit and in summer you can have a drink on a temporary rooftop bar or go to one of the events in the museum’s garden.

Back on the Bondgenotenlaan we’re almost a few meters away from the very modern looking De Somerplein. This plein used to be called the “Admiral Fochplein”- and I’m sure people will keep calling it “t Foch” for years to come – but when it was completely redone the city decided to rename it as they didn’t want it to be called after someone who’d been responsible for the death of millions of people during World War I anymore. 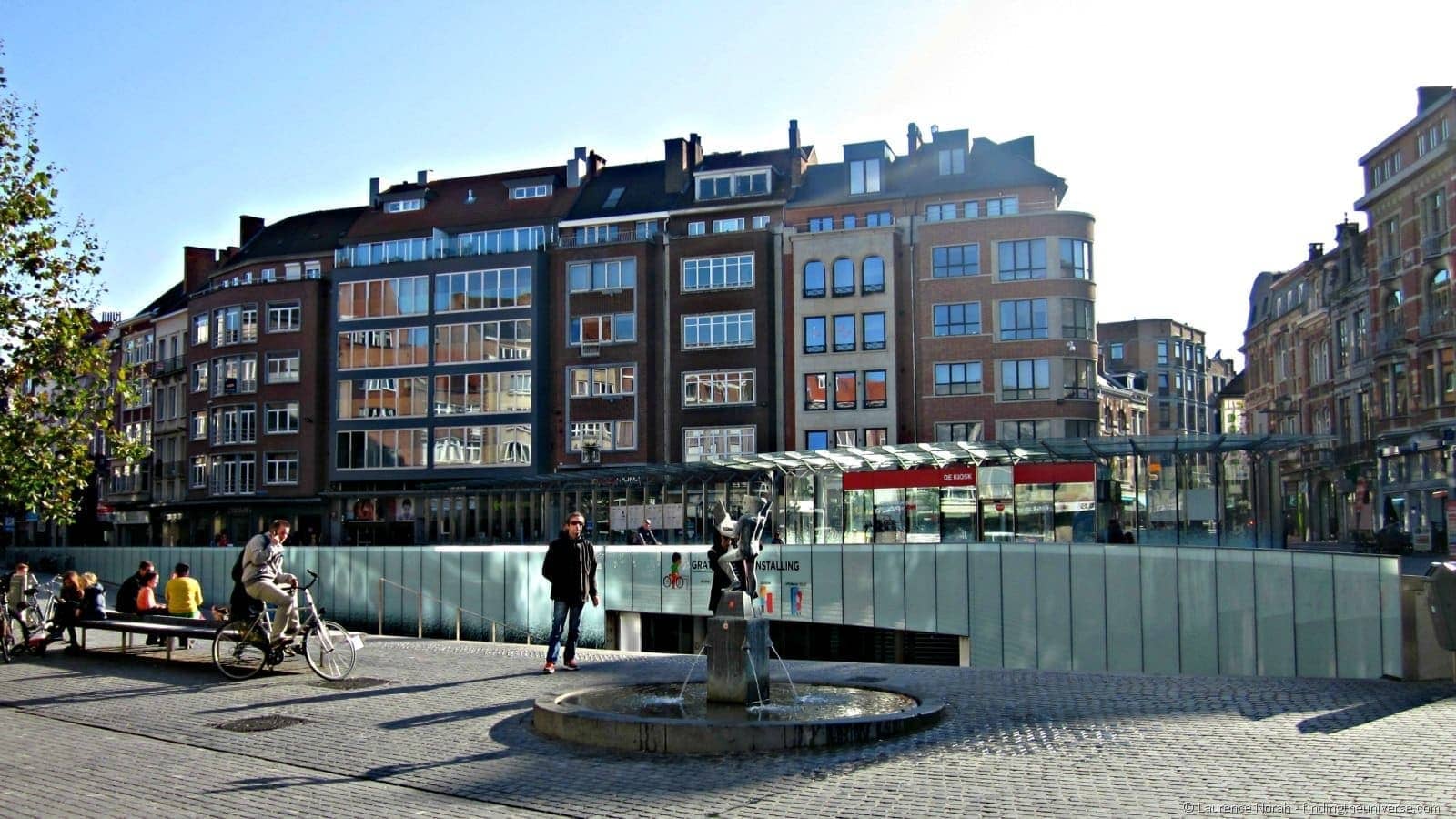 From the De Somerplein it’s on to the Grand Place where you’ll find the City Hall and the St. Peter’s Church. It’s also the ideal place to grab a bite in summer, on one of the many terraces. 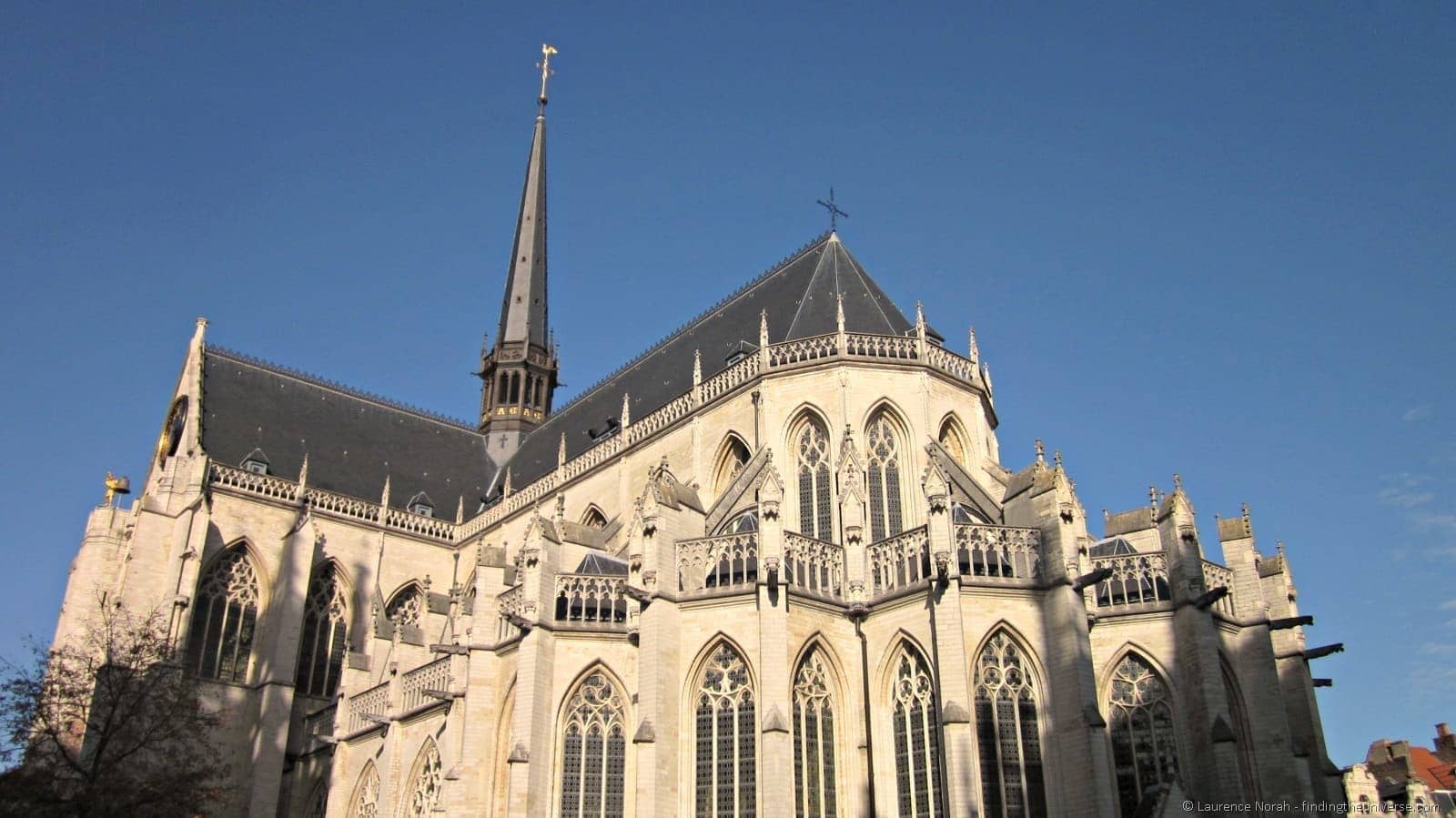 Left of the Grand Place lies the Old Place, also known as the longest bar in Europe because all the buildings on this square, except for one, are bars and food spots. A lot of the bars here turn into dancing cafes at night and so this is where you need to be if you want to party.

What do you say? You could use a drink after all this walking?

Well, there’s just one more place I’d really like to show you then: the Grand Beguinage. This beguinage is listed as a World Heritage SIte by Unesco and I’m sure you can see why.

There’s so much more I could show you, but why don’t you just visit some time and explore for yourself?

Sofie is a freelance writer and founder of the travel blog Wonderful Wanderings. After more than four years of working for the boss she quit her stable, full time job to create a career of her own and search for her place in this world. On that quest she explores her home country Belgium, where the roots of her old lifestyle lie, and compares her findings with what she experiences around the world. That way she hopes to forge her own path and inspire others to do the same. Get in touch with Sofie on Twitter or Facebook.