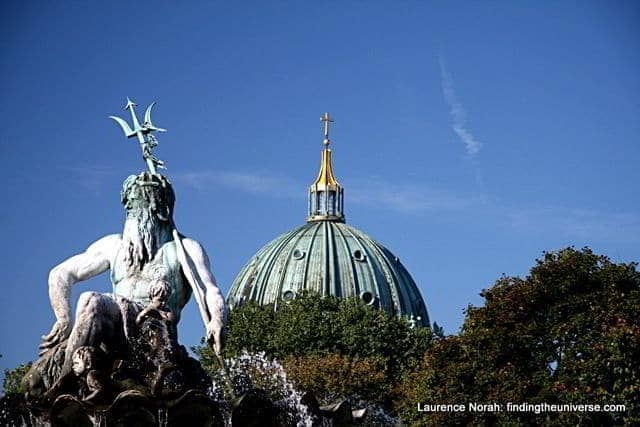 Home » Destinations » Europe » Germany » Berlin – the rest of the story
Finding the Universe contains affiliate links, meaning if you make a purchase through these links, we may earn a commission at no extra cost to you.
amazing street art. So whilst the street art was certainly a highlight of my trip, it wasn’t the whole thing. Here therefore is the tale of the rest of my time in this fascinating city.

Berlin is a great city for exploring. As well as a cheap and ubiquitous public transport system, there is an excellent network of cycle paths, plus the walking options aren’t too shabby either. I opted largely to explore by foot, hopping on and off the public transport if time was short or the distance was particularly long.

I started off with a visit to the Jewish Holocaust Memorial, which is both a huge installation of sombre grey blocks that you can wander throughout, and a factual information centre, which is located underneath the grey blocks. This is not a cheerful visit. It details, with seriously graphic photography, the workings of the engine that the Nazi’s put in place which resulted in the deaths of an estimated six million people. This was incredibly sobering stuff. There were stories of individuals, glimpses of lives that were ripped apart, told through diary entries and photos. It was incredibly moving stuff. If there is only one thing you do on a trip to Berlin, it should be to visit this place, and wonder as to the sheer horror that occurred such a short span of time ago. 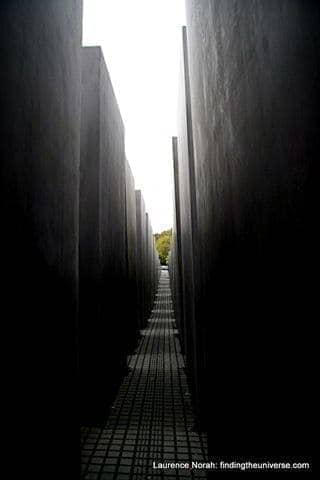 Next, I visited the Brandenburg gate, once one of Berlin’s city gates, and perhaps it’s most recognisable landmark. It was used by the Nazi’s as a symbol during their time in power, and later on it became one of the crossing points between East and West Berlin. When I visited, of course, all of this was in the past, and it was easy to walk from one side to the other. As I happened to be visiting during the celebration of 20 years of Berlin being re-unified, there was a band playing, a fairground was happening, and I was able to obtain some of Berlin’s most famous food, that being currywurst, which I washed down with an excellent pitcher of beer.

Just near the Brandenburg gate is the Reichstag, a magnificent building built to hold the parliament of the German Empire. After various wars and damage, the building was restored to it’s former glory, and it is still used today as the place where the German parliament meets. It’s a fabulously pretty building, and whilst you can go inside and up to the top of a giant dome for amazing views of the city, the queues were very long and I had many other things I wanted to see, so I skipped the internal tour. I hear it is excellent though.

From the Brandeburg Gate you can walk up the Unter der Linden, a giant boulevard, similar to that of the Champs Elysees in Paris. This tree lined street houses many shops and museums. In the distance the ever present radio mast that towers over Berlin is visible, situated in Alexanderplatz. Before you get to Alexanderplatz though, there is the Berliner Dom, or Cathedral.

This is absolutely worth a visit, even if you have to pay a small fee to get in. The main reason for this, in my book at least, is that you can climb to the top of the building and enjoy fabulous unobstructed views of the city. Climbable buildings always make my shortlist of sights to visit, and in this case, it was totally worth it. I happened to visit it on an evening as the sun was setting across the city, so the light and shadows were just incredible.

As well as the view from the top, the Dom also has a crypt which houses some seriously impressive coffins. These are the resting places of over eighty Prussian royals. Whilst the guide book suggests that non-enthusiasts may not find them overly thrilling, I challenge anyone not to be at least be dumb struck by the sheer opulence and size of these things. 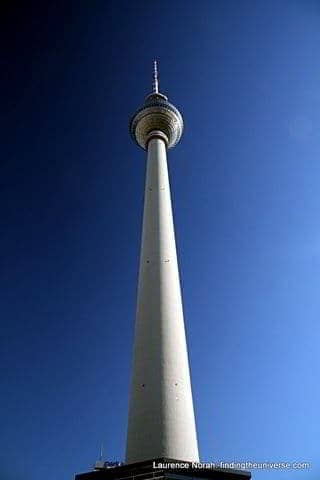 I also took a bit of a trip out from the centre of town and headed to the western parts of the city, taking in the splendid ruin that is the Kaiser Wilhelm Memorial Church, which was damaged by bombing in 1943. All that really remains is the spire, around which a modern new church has been built. It’s a pretty impressive bit of architecture, and the broken spire is a really eye catching piece.

From there I popped up to the Charlottenburg Palace, the largest palace in Berlin and one of the homes of the Prussian Royal family. Whilst only two stories high, the palace stretches for quite some way in a wonderful baroque style.

Finally, my tour of Berlin took me to two fascinating places, the Topography of Terror and the former site of Checkpoint Charlie, perhaps the most infamous wall crossing point of them all.

The Topography of Terror is a large outdoor museum set on the former site of the Gestapo and SS headquarters. From 1961 to 1989 the Berlin Wall ran along this site, and this is now the only place in Berlin where the original wall still stands. It is fenced off, to stop people taking chunks of it, and a fascinating display details the rise to power of Hitler and the Nazi party, as well as life in Berlin before and during the war itself. This was well worth the visit, and I’d absolutely recommend it to anyone heading to Berlin. 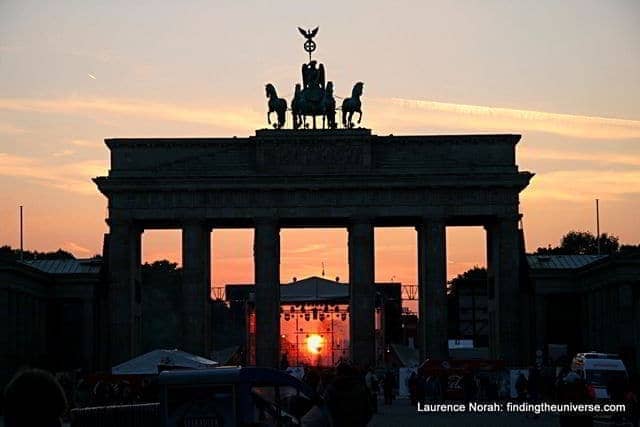 So. Two days in Berlin was not an awfully long amount of time, but I did manage to squeeze a fair bit in. It’s a fascinating city with a lot of history, and there is a lot more I could have explored, from the museums, to the clubs, to the rest of the art scene. Still, this was a great little trip, and I’m pleased I had time to do it. If you liked the photos in the article, you can see more from my trip to Berlin on the site’s facebook page. Enjoy 🙂

Home » Destinations » Europe » Germany » Berlin – the rest of the story