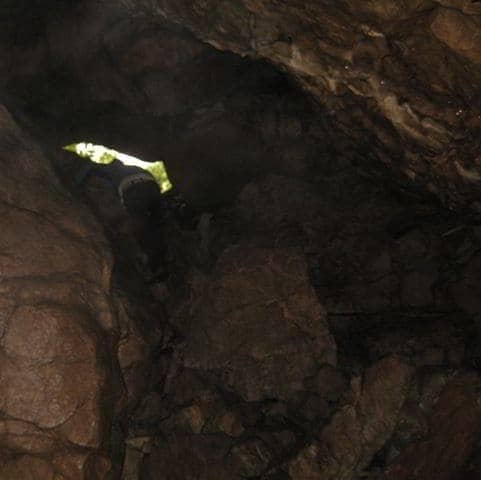 Home » Destinations » New Zealand » Caves and glow-worms
Finding the Universe contains affiliate links, meaning if you make a purchase through these links, we may earn a commission at no extra cost to you.

Me being me however, the simple option of going somewhere like the Waitomo cave network and having someone guide me round with useful things like safety equipment, maps, waterproof torches and helmets is not what I opted for.

Instead, Vera and I decided we’d pick a rainy day (note: increased risk of flooding) and head to some much nearer caves where we would be nicely on our own, and no-one would be able to help us should we vanish forever into the depths of the earth. 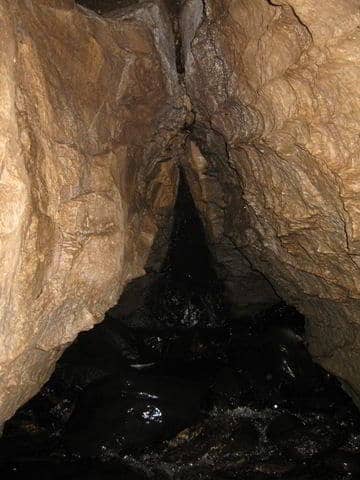 The caves we chose were the Okupata caves. These are a mere 25km away from where we live, making for a nice easy afternoon out.

Still, after a few false turns (the caves are very well hidden it turns out, we only managed to find them because some kindly soul had taken pity on lost travellers and painted signs on trees.. trees which the logging company was doing its best to chop down and hurtle at me on the back of logging trucks…) we did manage to find the caves. 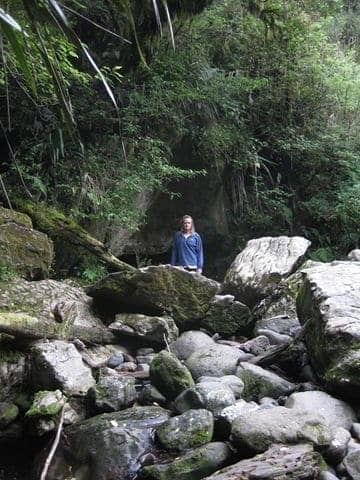 One other thing about dirt road driving (I’m going to get to the caves in a moment) – it’s best to ensure your fuel cap is nice and securely on before setting off. Arriving at your destination with the fresh smell of diesel dripping down the side of your van as a result of one or ten jolts too many is not totally cool.

Still, logging trucks, signage and diesel spillages aside, we did finally make it to the caves. It was a good thing we were the only people there, because there was not what could be called a car park. I have no idea at which point a sensible person would have read the omens of the caving expedition as not being fortuitous, but we ploughed on anyway.

The caves were located a five minute walk from the car stopping point, under the canopy of a dripping fern forest. Here the path ended, and a river cascaded down the valley in front of us, disappearing rather ominously into some not entirely huge holes in ground.

Clearly, the idea was that we followed the river into these holes in the ground. With thoughts of Gollum and lost rings swimming around in my head, we set off.

Our lighting situation was not totally ideal – we had one head torch each. It took a while for our eyes to adjust to the faint glimmer that these were giving off, but I have to say, the whole experience was entirely worth it, if somewhat on the risky side. 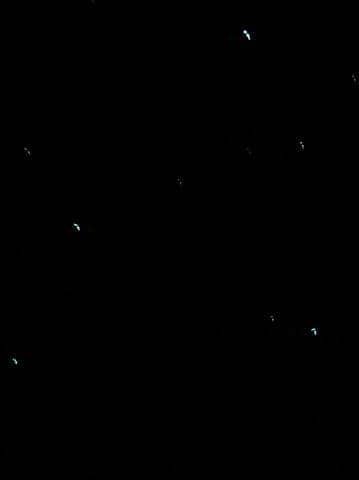 The first part of the caving experience involved climbing down some fairly slippery rocks to where the cave floor levelled out. It was, being largely an underground river, fairly wet. The roof was not that high to start with, although after we had splashed around for a while, it did get high enough to stand up in.

Not too far in, I noticed that much of the ceiling was covered in pimples of eerie green light – we had found ourselves some glowworms! This was exciting stuff. The whole point of caving in New Zealand, as far as I can tell (well, other than the black water rafting, abseiling, stalactites and so on), is to peer at tiny glowing worms. The brighter and greener they glow, the hungrier the poor little chaps are. I figured that there were a lot of hungry worms, because the glow, whilst perhaps not blinding, was still pretty impressive. If hard to photograph, as my effort here demonstrates. National Geographic are unlikely to be contacting me on the basis of that attempt I suspect.

We splashed around for a while, oohing and aahing at the mystical glowing worms and the sounds of gushing water and the general cavy feel of the place. We even found a little underground waterfall. After a while however, the thought of getting lost swum across our minds, plus Vera decided that she might be claustrophobic after all, so we decided to retrace our steps whilst we could remember them, and headed back out to daylight and safety. 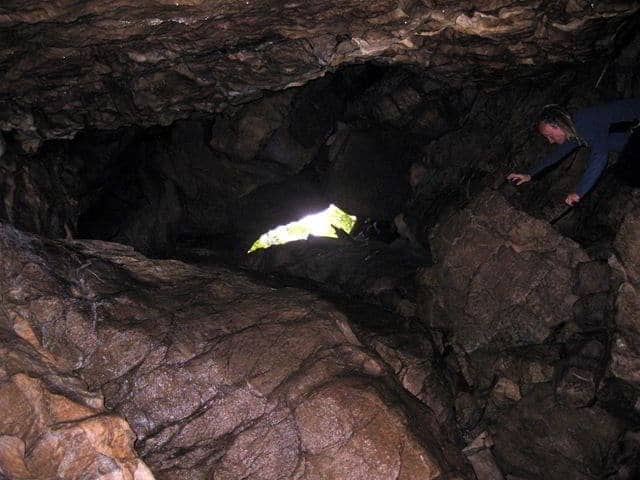 This was a really fun experience, especially given that it was free, and I expect I may go back to further explore these caves, perhaps with better lighting equipment. I still intend to go and do the proper Kiwi caving experience at somewhere like Waitomo, because the idea of black water rafting just sounds immense, but for convenience and cost, we were pretty pleased with our afternoon adventure.