Home » Destinations » Europe » France » Free music at France’s Fête de la Musique
Finding the Universe contains affiliate links, meaning if you make a purchase through these links, we may earn a commission at no extra cost to you.

There is a reason I am standing in front of an entire French village clutching a microphone and preparing to launch into a rendition of Sonny and Cher’s “I got you babe”. That reason (other than beer, and the effect it has on my perception of my singing capability) is the insidious figure that society generally refers to as “the man”. Allow me to explain.

Wherever you go in the world, there will exist “the man”. As far as I can tell, this man is responsible for ensuring that anything that might be deemed to be a fun and exciting activity is carefully frowned upon, and metered out in small chunks.

Ideally, the fun activity will generate some money for someone somewhere, someone who exists solely to carefully meter out the fun, and who has no actual control involvement in the fun itself.

Take music for example. (And yes, this post title is going to result in some very confused searchers. Although if you are still searching google for “free music” then you need to move on with your life.) In most countries there is some sort of music licensing authority. Their purpose, apparently, is to ensure that artists get their fair share of royalties from any performance of their music. Fair, that is, after necessary administration fees, taxes, marketing costs and so on.

This means that anyone who wants to play music in a public space, pretty much anywhere in the world, has to pay some sort of licencing fee to some organisation, who somehow figure out what music you are playing, and pass some money on to some artists. It all seems very vague to me. 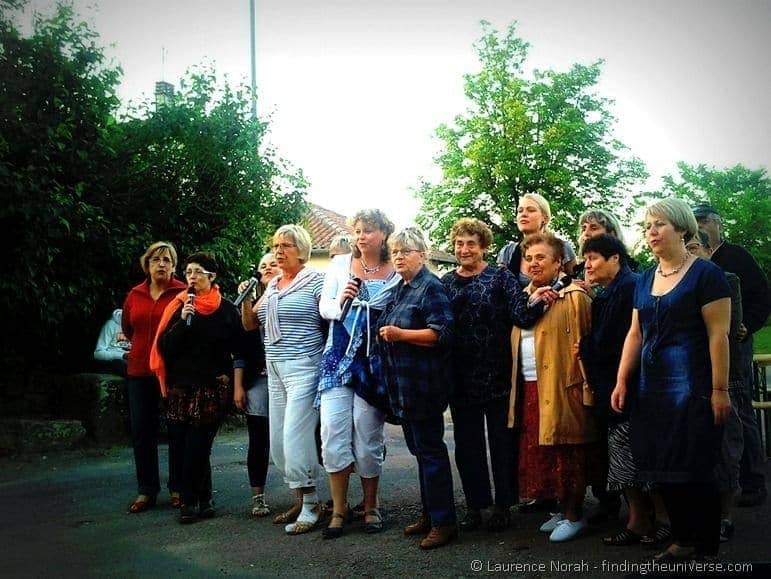 This rather puts a damper on any venue that wants to host the odd party, or people who just want to have an impromptu street party with a bit of music, as suddenly the cost goes up. “The man” must have his piece of the pie after all.

In France, this problem has been noticed, and the solution is fairly novel. On two days of the year, anyone anywhere in France can play whatever music they like at any venue they wish, entirely for free, without incurring the wrath of the music licencing authorities. One of these days is New Years Eve. The other is known as the “Fete de la Musique”, and occurs every June 21st.

On this day in France, the place goes, quite frankly, music bonkers. Villages spontaneously erupt parties. Towns and cities host free concerts. World class orchestra’s crop up on street corners. Sleep generally goes out of the window as an option. If you’re a fan of music, France suddenly becomes the place to be, with Paris arguably being the highlight.

I wasn’t in Paris. I was in a tiny village deep in rural France, where the local tradition had it that a street party be held, with a BBQ, plenty of beverages and a Karaoke machine. Hurrah.

Which brings me back to the start of my story. I’m fairly new to the French lifestyle and still finding my way around the local community. There is, however, a golden rule, recognised across the world, for successfully integrating into a community. It requires you to make a fool out of yourself. The bigger the fool, the greater the likelihood of welcome.

And what better way to make a fool out of myself than by singing the English songs that no-one else was willing to tackle, with my partner in crime. Which was how I found myself nervously grasping a microphone, as a whole village peered at me, wondering who the hell this dreadlocked stranger in their midst was.

Still, as far as we could tell, the locals seemed to enjoy our efforts. We started out with Sonny and Cher, warbled our way through Yellow Submarine, and before you knew it, were rocking our way through Get Back. As the night progressed, total strangers came to share the microphone with us, apologising for their accents. There was no need to apologise – one of the things about the French accent is that is makes any other language or song instantly sound sexier. Then it was back on to the French songs, and the partying took off in earnest.

After the singing was over (I’m not going to say I wasn’t slightly relieved) we were suddenly everyone’s best friend. Drinks were liberally thrust at us, the bar lady refused to accept my euros. Everything was on the house. Conversation flowed, much in the manner that hedgehogs mate (carefully with much tentative poking), oft found between inebriated folk attempting to communicate in each others languages.

The overall impression, as the night progressed and wound down, was that we are living surrounded by people who are welcoming, friendly, and like to have a damn good party.

Dancing to Ray Charles hits under the street lamps of a small French village, attempting to communicate in broken French, munching on grilled camembert and sausage baguettes as the stars revolved overhead was, I concluded, not a bad way to celebrate the northern hemisphere’s longest day. However you found yourself, I hope you managed to have a little dance as well. Keep smiling!