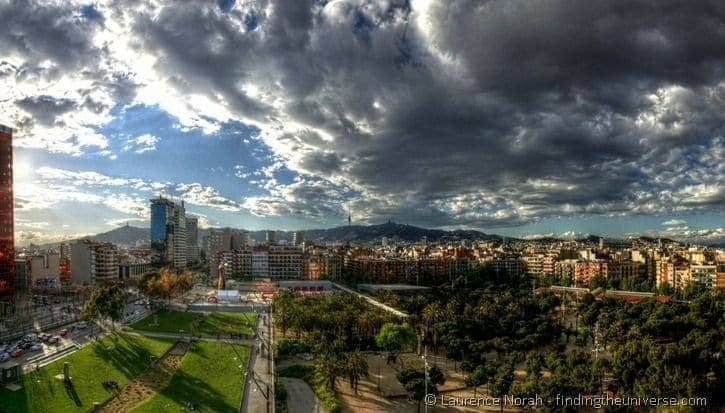 Home » Destinations » Europe » Spain » How to get an awesome view of Barcelona – for free!
Finding the Universe contains affiliate links, meaning if you make a purchase through these links, we may earn a commission at no extra cost to you.

When I arrive in a new city, I have a bit of a thing for finding the highest point around. This is for two reasons: first, because I like a good view, and second, in an attempt to orientate myself.

The orientation part only vaguely helped on my recent trip to Barcelona. The city is seriously maze like, particularly the old pedestriansed parts of the city centre. However, since wandering around maze like alleys getting lost is another thing I enjoy about a city, that wasn’t really a terrible issue.

If you’re heading to Barcelona, and like me have a tendency to head for the high points of a city like a fly that’s been taken over by a brain controlling fungus, here’s a quick run down of my four favourite places to get a great view of the city for free! 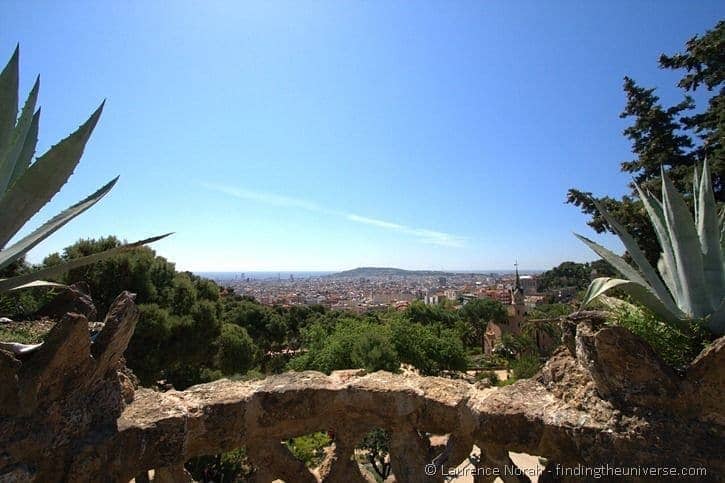 I have mentioned the influence that Gaudí has had on Barcelona already. Parc Güell is one of the highlights of his legacy, and a UNESCO world heritage site to boot. It has incredible features, from raised balconies, to enormous sculptures, to weird and wacky houses.

What it also has is one of the finest views of Barcelona, available from a number of locations in the park. The most popular is up by the cross above the main entrance, but you’ll be able to get a fabulous view from pretty much everywhere in the park, what with it being up on a hill, without fighting for the perfect spot to take a photo.

If you go to Barcelona, you will visit Parc Güell. You may as well enjoy the view whilst you’re there! 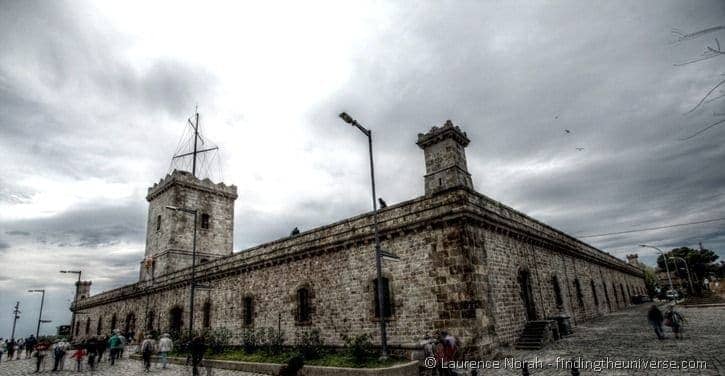 If you have a convenient hill with a cliff situated next to a large harbour, it makes sense to build a nice big castle on top of it complete with guns to guard said harbour.

Montjuic Hill, rising to just over 180 metres above Barcelona harbour, is just such a hill, and features a rather splendid bit of fortification at the top, complete with rather large bits of defunct weaponry.

From here you are able to get a commanding view across the city of Barcelona as well as the harbour. The reverse view, in fact, that you can see from the photo taken from Parc Güell above.

You can also explore the Castle for free, although it isn’t really a castle so much as a large pile of walls designed to keep people safe, coupled with incredible views. 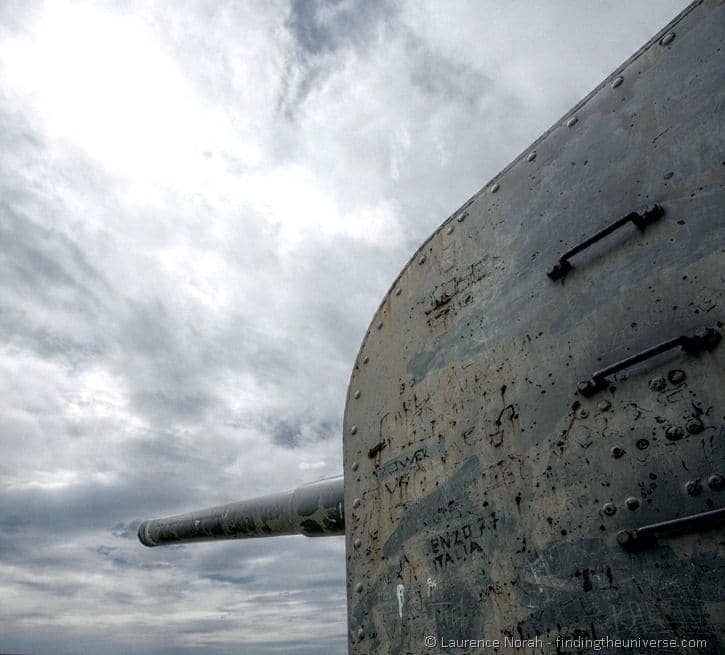 As an historical aside, Castell de Montjuic was also the place that the calculations that defined the measurement of the metre took place. In case you weren’t already aware, a metre is defined as being one ten millionth of the distance between the north pole and the equator. Which seems a marginally less arbitrary measure than the length of some blokes foot. A great view and a bit of metric history. What a combination!

As you wander around the city of Barcelona and explore the other high bits that I’ve mentioned here, you will notice in the distance a large hill with a big church sitting on the top.

This is Tibidabo, the largest hill that looks over Barcelona, rising to a rather impressive half a kilometre above sea level.

Perched atop this hill are all kinds of things, including the Temple de Sagrat Cor, an amusement park, and an absolutely enormous telecommunications tower. You can go up the latter for even more staggering views, but that’s not free.

Getting to the top of the Tibidabo can be achieved on foot, making it free, but if you’re short on time, or not feeling up to it, you can drive, take the bus, or hop on the funicular railway. You can see the communications tower and church in the next photo which is taken from the:

We stumbled across this location quite by accident when heading to Barcelona’s Magic Fountain. A city with a magic fountain! What’s not to love? Anyway, Las Arenas is a large circular shopping mall just near the Magic Fountain.

This probably doesn’t sound too exciting, until you realise that it has been transformed from what was once Barcelona’s famous bull fighting stadium, also known as Las Arenas.

When bull fighting fell out of favour in this corner of Spain, the building became somewhat derelict, until its recent revival as a shopping mall.

Its entire roof is a circular promenade, upon which you can wander to your hearts content, gazing across such sights as Montjuic Hill, the Magic Fountain, the nearby Parc Joan Miro and the wonderful skyline of Barcelona. Not bad for free! 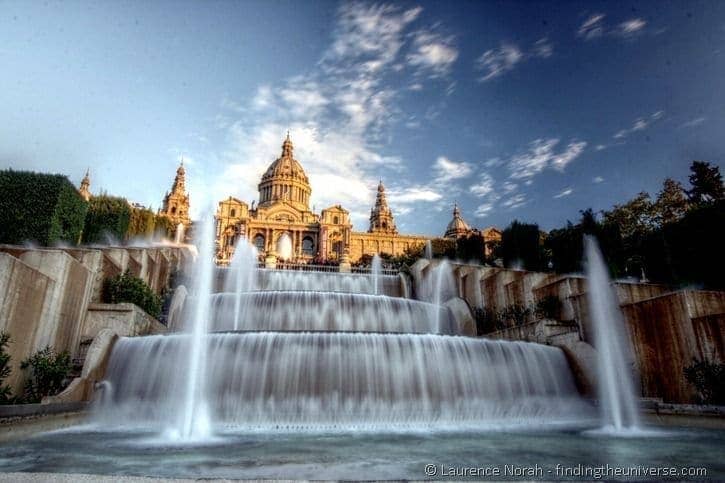 Have you been to Barcelona? Any other places you’d recommend for a great view? Do let me know in the comments below!

Home » Destinations » Europe » Spain » How to get an awesome view of Barcelona – for free!