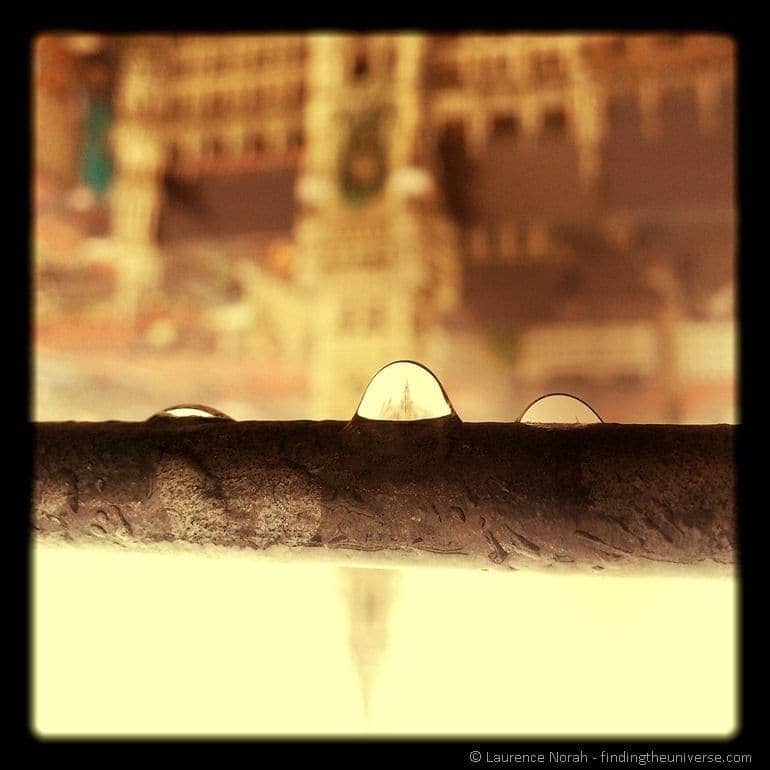 Home » Destinations » Europe » Germany » Oh Bavaria. Dealing with stereotypes.
Finding the Universe contains affiliate links, meaning if you make a purchase through these links, we may earn a commission at no extra cost to you.

There’s no place like home. Or so they say. The thing is: my family moved around a bit while I was a kid, and with that, I never really developed the concept of home being that one place, that one house, or that one region. Home can be everywhere. Home can be multiple places.

On one hand I sometimes envy people a bit when I see their strong bond to a specific place, on the other hand I thoroughly enjoy the freedom of that bond, as I find it also comes with certain liabilities.

All I know is that I was born in Germany, but since that wasn’t a direct result of my own efforts, I can’t really say I am proud to be German. I am not deeply ashamed to be German, either – I am just mostly indifferent to  something that is out of my control. Weirdly enough, I don’t like the fact that I was born on a Monday, though. It’s my least favourite day of the week, so why, God, why (FYI: I know you’re reading this blog.)? 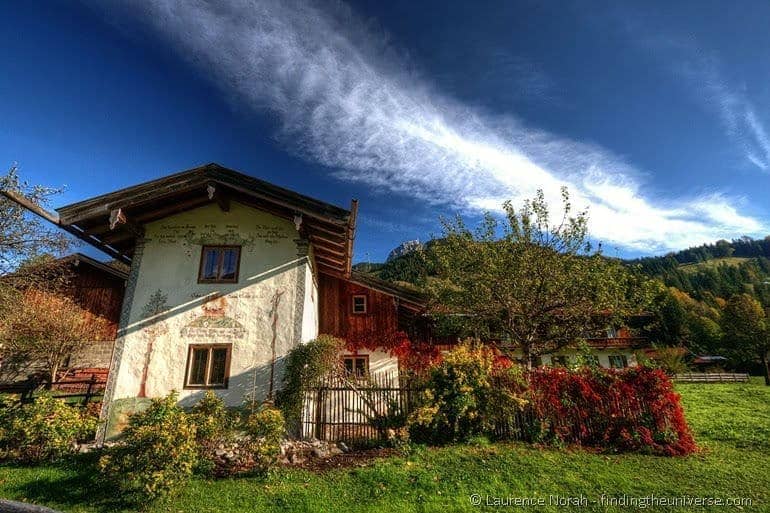 Funnily enough my indifference vanishes when I’m abroad. Suddenly I find myself getting emotionally tangled up in all kinds of stereotypes, and I can’t say I deal well with it. It’s just that the moment you leave your home, you will find that people associate you with the place you’re from originally – starting with the next village or town which will already have an opinion about your “kind”, then the next region, then the next country, then the next continent. Probably the next planet, too. Oops, too far?

And while within Germany, I couldn’t care less what the next region thinks of the last region’s beer and whether it tastes like beer or really dishwater, it’s all a different story once I leave Germany.

Because suddenly, to others, I represent Germany. The whole freaking country, man! All the people!!

And suddenly I identify with all the things Germans and Germany are associated with. And it drives me slightly mad.

I am “the Germans”. And therefore…

I am efficient. – You say exactly that if you want to make Loz laugh.

I wear white socks and sandals. – You wait, one day I will, just to defy you.

I also commonly wear a dirndl. – Never in my life have I worn a dirndl, sorry. Although I am quite impressed by what this garment can do to accentuate your bosom.

I drink beer like water. – Fact is, I don’t really like beer, but I agree with anyone that that’s uncommon for a German.

I basically live at Oktoberfest. – Never been.

My diet consists of potatoes, sausages and sauerkraut. With beer. – I suppose I can’t argue with the sausage being a popular little wurst in Germany, yet it’s by far not the only option when it comes to the meaty stuff. And I’ve never heard any German say “Boy, do I LOVE sauerkraut!”. It’s just a winter vegetable, like green, red or savoy cabbage or Brussels sprouts. Okay, I know my kraut, so what!

I worship David Hasselhoff. – Why, you’re right. He is the biggest entertainer in the WORLD and he brought down the wall.

…Seriously, this one hurts, people. 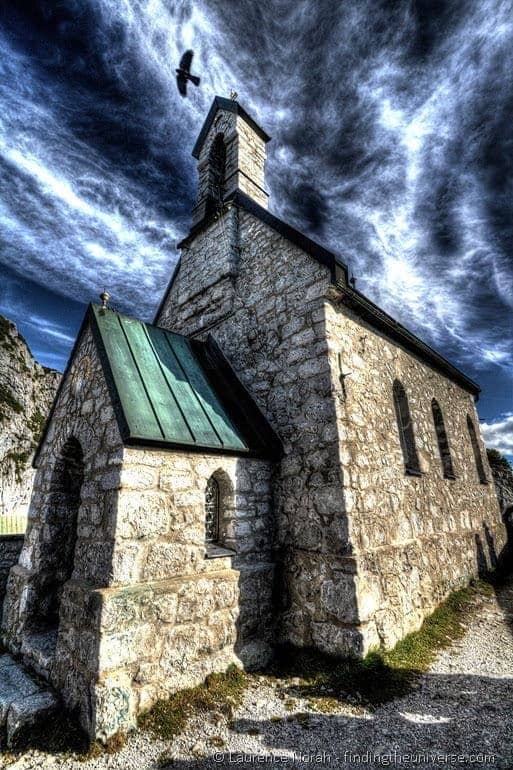 If it comes down to what I hear when my German heritage is unravelled (“Vhat doo yoo mean, eye haph a strong Dsherman eck-scent?”), it’s mainly this: “beer”, sausages” and “sauerkraut”, “Oktoberfest”, “David Hasselhoff” and “dirndl” and “lederhosen”.

Which I always found irritating. Because, you see, within Germany, when you want to file these expressions under a common factor (apart from D the Hoff), you will say: “You are describing BAVARIA to me.”. Now Bavaria is just a part of Germany. And guys, you know how it is: wherever you come from, you KNOW that the north of your country is very different to the south of your country; as is the middle and the east and west.

Well, Bavaria is in the south of Germany. It’s like a foreign country for all I know, having lived mostly in the north-west. And that’s where other nations’ stereotypes about Germans collide with my stereotypes about Bavaria. I can’t be from Bavaria! No, really. They are WEIRD there! Everyone knows that! They wear dirndls and lederhosen, eat sauerkraut for breakfast, go to Oktoberfest and speak funny… Why would you think I’m from there??

I mean, you guys get that, too, don’t you? When I was talking to Loz about this (him being from England), he complained how terrible it was that everywhere he goes, people get ecstatic about Mr. Bean. “BUT MR. BEAN IS SO AWESOME”, I cried in disbelief. He looked at me like I was a strange, strange insect. “Yeeeah”, he said, “but he’s not exactly smart or something. He doesn’t TALK. Surely there’s got to be more to Britain than Mr. Bean!”. “Whatever,”, I said, “don’t you think you don’t have the slightest right to complain when I have the option of either David Hasselhoff or Adolf Hitler? Case closed, wimp!”

But then something happened. We were invited to a wedding – in the land of the arch-enemy, the home of Dr. No-Go. Bavaria. The invitation said that the guests were encouraged to show up in traditional clothing. Oh my. I was about to experience the true Germany, as every foreigner dreams of it (the foreigners who I tend to meet, at least). It all sounded pretty special, though, so we hopped on the Bat-mobile (our version being a white converted panel van) and drove off to Munich.

How terribly disappointing. Everyone looked rather normal. Nobody carried an alpenhorn around or something like that. Sure, in the traditional pubs the waiters and waitresses wore traditional clothing, but it wasn’t weird or tacky – just part of the atmosphere.

Then came the wedding – the groom was my ‘Canadian brother’ from my year in Canada when I was a teenager, and the bride a true Bavarian girl, which resulted in a good international mix of invited guests. Many had come in dirndls and lederhosen, but those were garments specifically for high days, looking pretty fancy.

I decided to find out more and started chatting with the Bavarian guests. What was all the hype about Oktoberfest about, for example? They too seemed a bit overwhelmed by the reputation Oktoberfest had gained them. They told me how they remembered going there in the eighties, in jeans and a leather jacket, when it was nothing like it is today, where people from all over the world come to sit all dressed up in one of the jam-packed Oktoberfest tents. Slightly ironic. Nevertheless, they still go, of course. 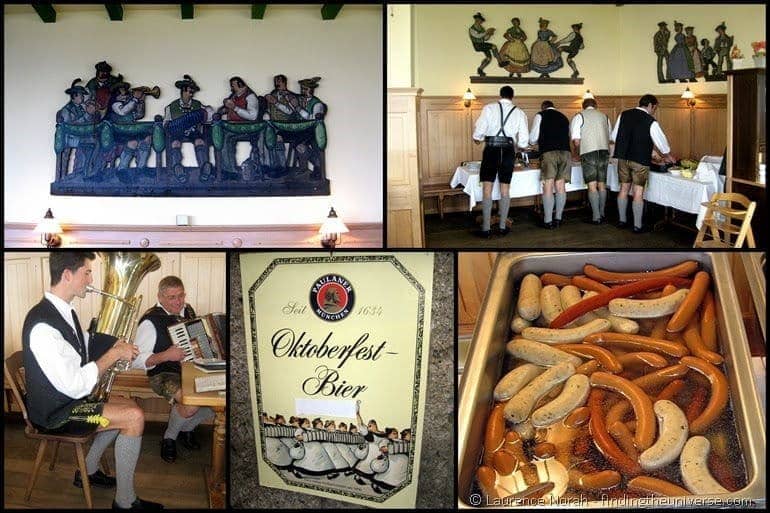 They explained to me how the ‘tracht’ (dirndls and lederhosen) is normally quite expensive, as it is a long-term investment, and how it also reflects the area someone is from, or the occasion it can be worn to. A dirndl you can buy for 50 Euros they would consider rather a costume than true tracht. Within a couple of minutes, I got an introduction into the variety of the dirndls and lederhosen the guests were wearing and the different occasions you could wear them for – or couldn’t.

So yeah, traditions are big in Bavaria, but not necessarily constricting. Because the wedding itself was quite informal and about having a good time together – which worked out very well. Although I might have eaten a bit too much. Not that that’s a surprise to anyone.

Then, on the next day, we set off towards Freiburg, via the city of Rosenheim and Lake Constance. It was a beautiful day and we enjoyed the drive through an equally beautiful landscape. After one particular stunning bit, I said to Loz, unusually peaceably: “You know what: if people associate this kind of scenery with Germany, as if it was all it had to offer, then that’s not so bad. Heck, we could be off worse than that people think Germany is Bavaria.”. 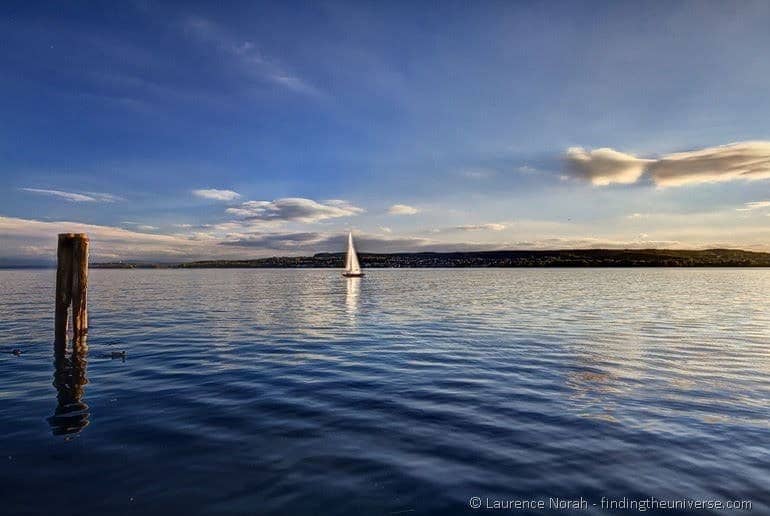 Apart from that, not everyone waffles on about Oktoberfest when I’m abroad and outed as a German. People mention other stuff, too. The love parade ranked high up once. Bands like Kraftwerk set their mark abroad. The beer clarity law impresses, it seems. That there’s no speed-limit on the German autobahn. And what about our bread? It’s noticeably the number one obsession of a German abroad, so there must be something to it.

But who am I fooling? Even within Germany, people are excited about Oktoberfest and almost every city will somehow celebrate it – be it that they liken their hundreds of years old traditional fairs to it or that the pubs will have a week-end where people can dress up and put on their best Bavarian accent (which any Bavarian would most likely not recognise as such).

In the end it’s all good fun, isn’t it? I’m probably just half-hearted because I don’t like beer. And it’s not like there’s a shortage of topics that are more important than my stereotype dilemma. Although it is a thing that concerns every traveller. Being confronted with stereotypes about your country can be funny, or slightly irritating but also uncomfortable or even discriminating, depending on where you come from, what you look like, what you wear or what you believe; let’s not forget that. 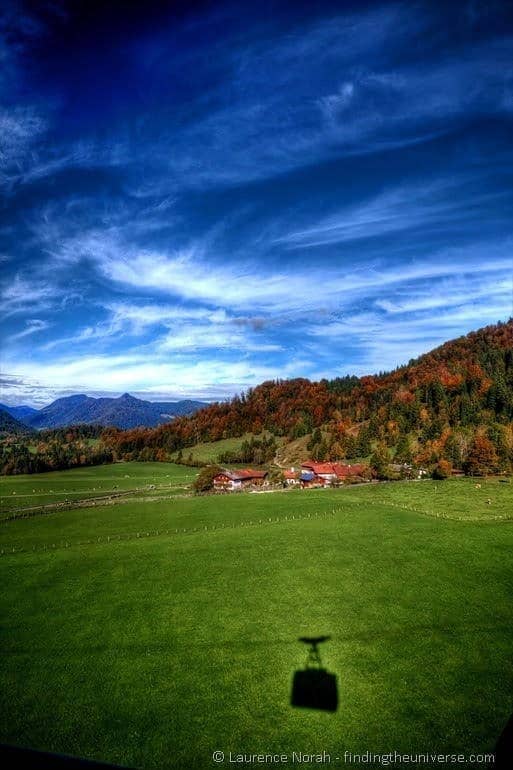 Well, I hope you have all had mostly good experiences regarding the stereotypes, and were able to use them as a stepping stone in order to have great encounters with all sorts of people. It’s just more rewarding to overcome perceptions that separate us and instead find out about our similarities. Anyway, I really have to go now: it’s time for David Hasselhoff Mass and I still need to pick up a schnitzel on the way… Take care and until next time!