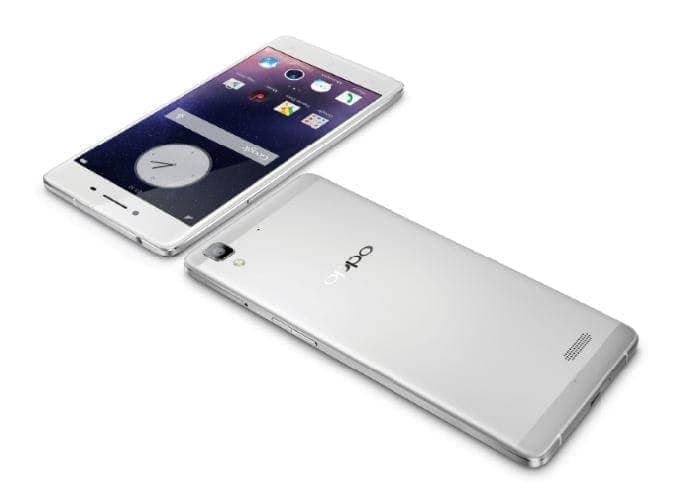 Home » Uncategorised » Oppo R7 Android Smartphone Review
Finding the Universe contains affiliate links, meaning if you make a purchase through these links, we may earn a commission at no extra cost to you.

I’ve been using an Oppo phone for almost two years now as my main phone. You might not have heard of Oppo, but they’re making big strides in the smartphone world, currently ranked as the eighth most popular smartphone brand in the world, and shipping 50 million devices in 2015.

Basically, they’re big in the Asian markets, but still making inroads in the rest of the world. What you need to know is that they make great phones at reasonable prices – particularly good if you’re looking for an unlocked, contract free phone.

The phone that I’ve been using for a couple of years is the gorgeous Find 7a. This is a 5.5 inch device with a fast processor, fantastic 1080p screen and all the bells and whistles you’d expect from a flagship device – at a very reasonable price.

I was somewhat aggrieved therefore when I dropped it face first onto some concrete and the screen shattered, beyond repair.

I was even more aggrieved to suddenly find myself in a strange city with no idea where I was, no means of navigation, and no idea how to get to where I needed to be. I was on an alien planet. But that’s a story for another day.

Let’s get back to Oppo. These guys make some excellent phones at excellent prices, and after I bought the Find 7a I got in touch with them and asked if they’d be interested in a collaboration. As a result of that, I’ve given away a number of their phones over the last couple of years, and all the winners I’ve spoken to were very happy with their prizes!

Back to my crushed Find 7a. By a stroke of luck, Oppo had recently sent me one of their midrange devices to test out, the Oppo R7 (international version). I was going to put it through its paces and report back. Now it was going to have to step up to the plate as my main device. 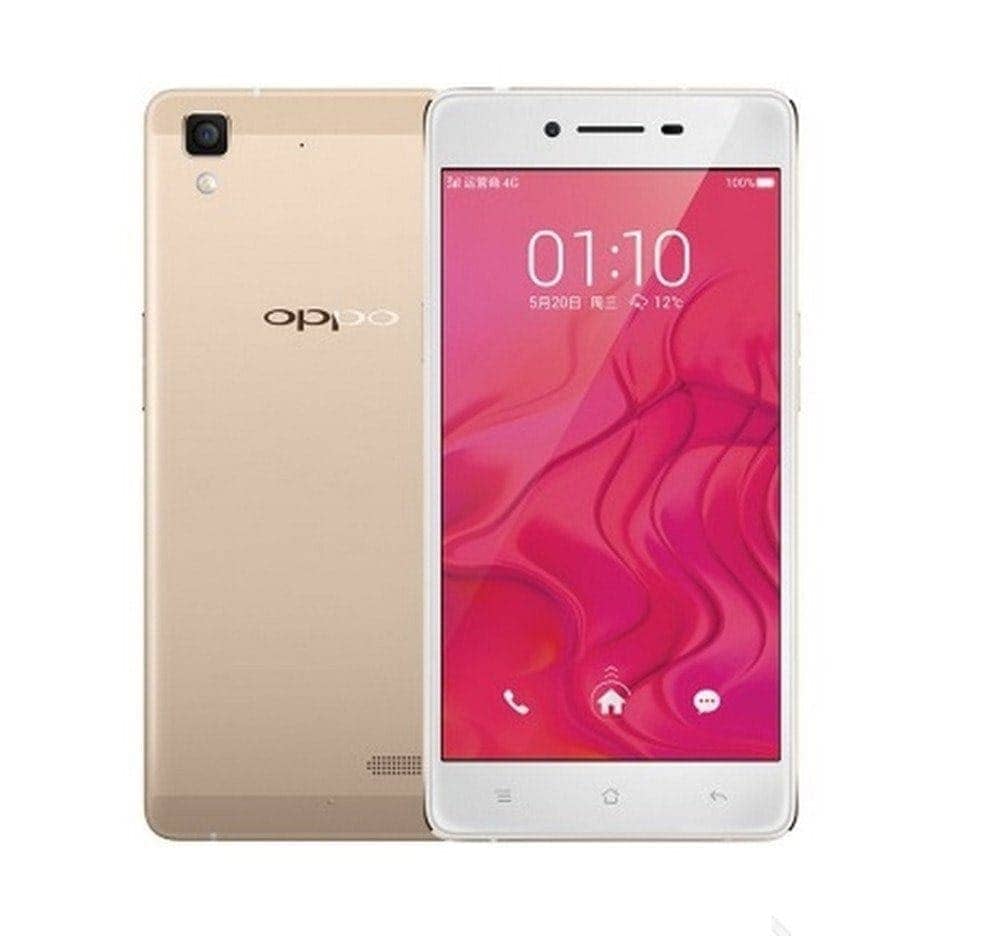 I’ll admit it, I spend a lot of time on my phone. It’s my mapping system, note taking system, on-the-go photo editing tool, social media management interface, currency convertor, room booker, movie and music player, – you name it, I pretty much do it on my phone.

So how does the Oppo R7 stack up when put to the test? Let’s find out. But first, some specs:

Specifications of the Oppo R7

The R7 has the following key specs:

Lots of good numbers. Let’s see how that looks in real life.

To start with, this phone feels great in the hand. Unlike the other Oppo phones I’ve used, including the 7a and the N3, this is made out of aluminium rather than plastic, and feels like a really premium device. It’s also really skinny. 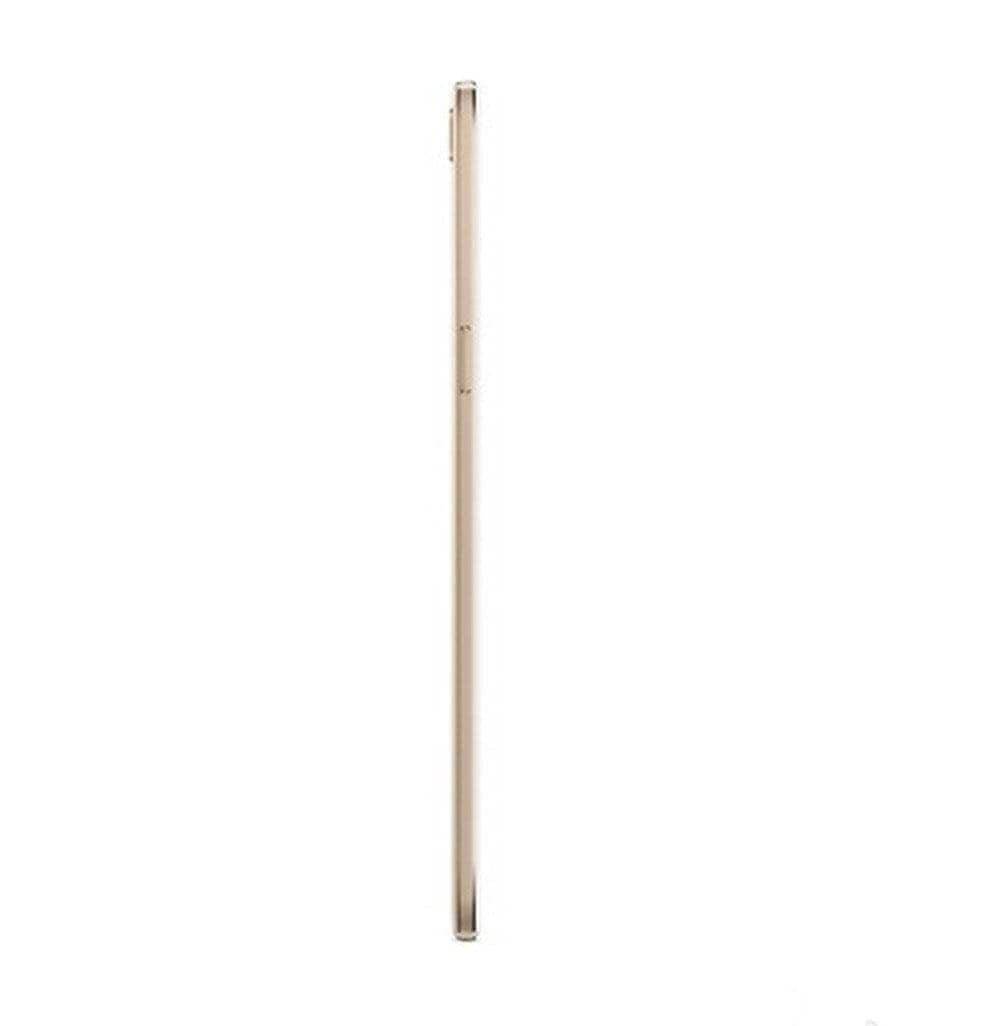 The AMOLED screen is excellent. Great colors, great blacks, overall it’s a lovely screen, and squeezing a 1920x1080p panel into a 5” screen means you get a really high number of pixels per inch, making everything sharp and crisp. If I had to criticise it, the display is a little cool in color, meaning things look a little blue, but that could just be because I’m used to the warm color of the Find 7a.

Fast charging is another feature that Oppo has had for a while – using the provided charger, the phone can charge from flat to seventy percent in 30 minutes, using what Oppo calls VOOC technology. Once you’ve had this feature on a phone, you’re never going to want a phone without it again. It does mean that you have to use Oppo’s chargers for the fastest charge, as this system isn’t compatible with fast charge systems from other manufacturers.

Performance wise, I have no complaints. Oppo have used a mid-range processor, the Snapdragon 615. This has eight processing cores – four relatively fast cores clocked at 1.5GHz, and four lower power, slower cores. The idea is that for simple things the low power cores do the work, using less battery and so giving your phone longer life. When you fire up an intensive task, the “big” cores step in, and do the heavy lifting.

It’s a bit like having a car with two engines – one efficient motor for when you want to get the most miles to the gallon, and one turbo charged monster for getting the best lap times. And in reality it works pretty well – apps are responsive, and it’s performed admirably with everything I’ve used it for, from Facebook to gaming. 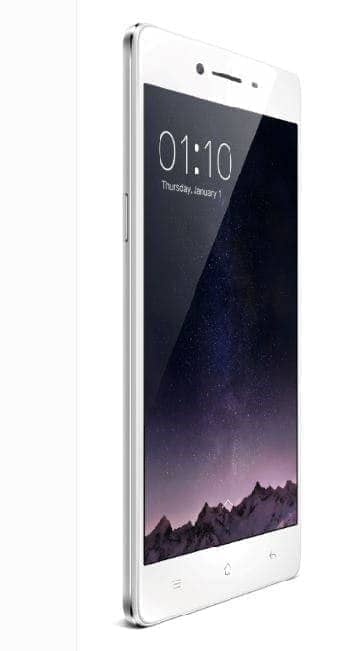 I’ve also found the camera to be fine. To be honest, I don’t often use a smartphone camera. The best camera I’ve used on a smartphone to date has been that on the LG G4, and that still remains my favourite. But certainly, the Oppo R7 has a capable camera, with all the modes you’d expect (HDR etc), and it’s fast and responsive.

Finally, one massive bonus to the Oppo R7 is its price. It’s available direct from Oppo online for $349 / €349. That’s excellent value for an unlocked smartphone which is this capable.

It’s not all roses and butterflies. There are a couple of niggles with this phone that bug me a little, although you might not see them as problems.

First, having come from the Find 7a’s 5.5 inch screen, I find the 5 inches on the R7 a little small. Again, an adjustment issue I suspect. The screen itself is excellent, and if you’re happy with five inches, and dismayed by the move towards ever larger screens, then you’ll love this. Otherwise, check out the R7S or R7 Plus models, where you should find something to suit your needs.

The other slight disappointment, that isn’t exactly a deal breaker, is the lack of NFC. This wireless technology for close range data transfer is used for wireless payment, and sending data to nearby devices. Not having it rules out using the phone for wireless payment systems like Android Pay, and for pairing it quickly with other NFC enabled devices, like cameras. Again, not crucial, but a bit sad to miss it.

There are a few things about the phone that bother me more than a little bit, that I miss on a day to day basis compared to other phones. Again, how important these are to you might vary, but this is my review, so here we are:

No gyroscope. This is a real killer for me, because not having a gyroscope means I can’t do 360 panoramic photos, which is one of the main things I use my smartphone camera for. Google’s Camera app doesn’t support photospheres without a gyroscope, so I can’t make then on this phone. 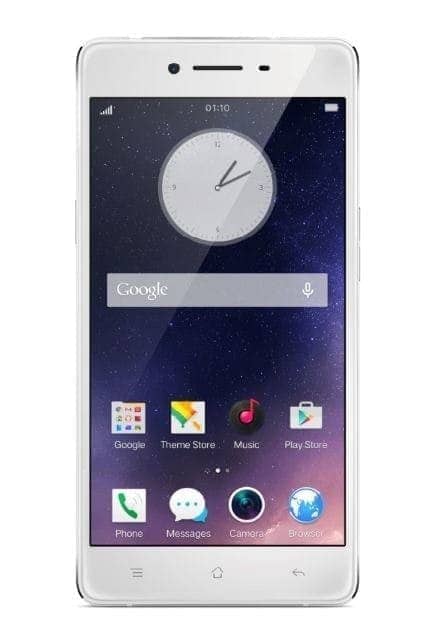 Kitkat only. The phone comes with Oppo’s version of Android, called ColorOS. I like the customisations of the software, and some of the features like the app backup, are really handy. Unfortunately, the version of Android that the version of the phone I am testing is Android 4.4, which is seriously dated now. Google recently released version 6.0, so this phone is two versions out of date, meaning it’s missing a number of features and, most importantly, security fixes. I suspect many people don’t really care too much about the underlying software on their phone as long as it works, but if you’re going to buy a new phone, you should at least get a vaguely recent operating system. Oppo have also recently confirmed that this variant of the phone (sold in the EU and other international markets) is unlikely to be updated to a more recent version of Android, which is a serious problem in my book.

No removable battery. The battery on my Find 7a gave up after around eighteen months, which wasn’t a problem as I could buy a new one and swap it out. That’s not a feature of this phone, so if the battery dies I’ll have to send it to Oppo for it to be fixed. Not exactly convenient. Still, the world appears to be moving to non-replaceable batteries in laptops and smartphones, so maybe I should start getting used to it.

Odd LTE band support. The phone doesn’t support every LTE band, so there is a possibility that it won’t work on 4G speeds for your network. 3G bands are fairly widely supported, so you should be able to get 3G speeds, but you should definitely check the 4G bands to be sure it will work on the bands your preferred network uses.

To be honest, I really wanted to dislike the R7. I was mad about my clumsiness with my Find 7a, and having to use a lower powered device with a smaller screen felt like it was going to be a step down.

Then I used it for a while, and it won me over. Sure, on paper, it’s not as powerful as some flagship devices. But that octa-core chip (and 3GB of memory!), means that it’s performs very well in real world usage, without draining the battery.

There might be the occasional stutter if you’re trying to do too much at once, but I’ve never felt that the phone is laggy or unable to keep up.16GB of built in storage is a bit mean these days, but as the phone has expandable storage with a microSD, that doesn’t really matter.

If you’re in the market for a mid-range, unlocked phone, then the Oppo R7 is one to consider, but be aware that if you’re purchasing the international variant (known as the Oppo R7f), sold in the EU, you’re going to be stuck on an outdated version of Android, and it is unlikely to be updated. Other variants of this phone are being updated, so check by region. If you want something with a bigger screen and a bit more grunt, then the Find 7a would be my preferred option, currently available for $499.