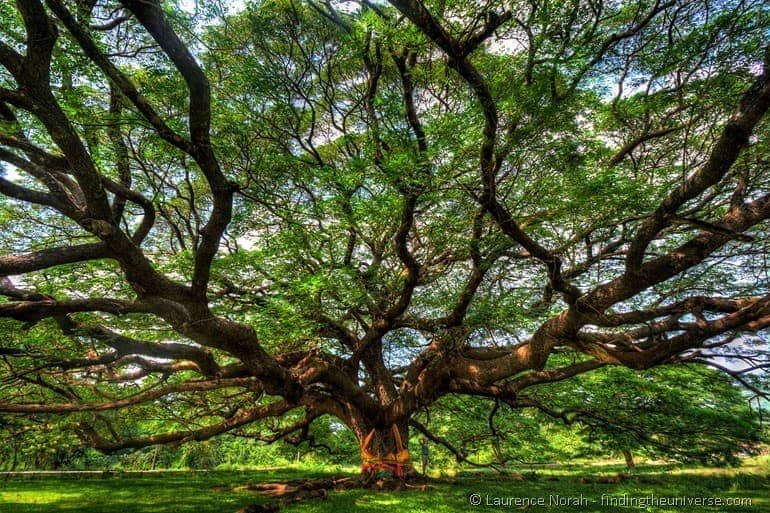 Home » Destinations » Asia » Thailand » Things to do in Kanchanaburi
Finding the Universe contains affiliate links, meaning if you make a purchase through these links, we may earn a commission at no extra cost to you.

Kanchanaburi. Even if you’ve not heard of the town, I’ll hazard a guess that you’ve heard of the bridge which is the town’s main attraction. Which is the one over the River Kwai. Yep, that one.

Even though the original bridge, as built by both allied prisoners of war and conscripted locals, isn’t standing any more (the Allies blew it to pieces towards the end of the war), the current version is still so seared into the consciousness that you can’t visit Kanchanaburi without taking a trip here. But there’s a lot more to this town, around 100km west of Bangkok, than a bridge.

And if you, like us, end up wanting to spend more than a day or so here (we planned two and stayed for eight!), you might want some ideas for things to do. Here are a few ways we passed our time. 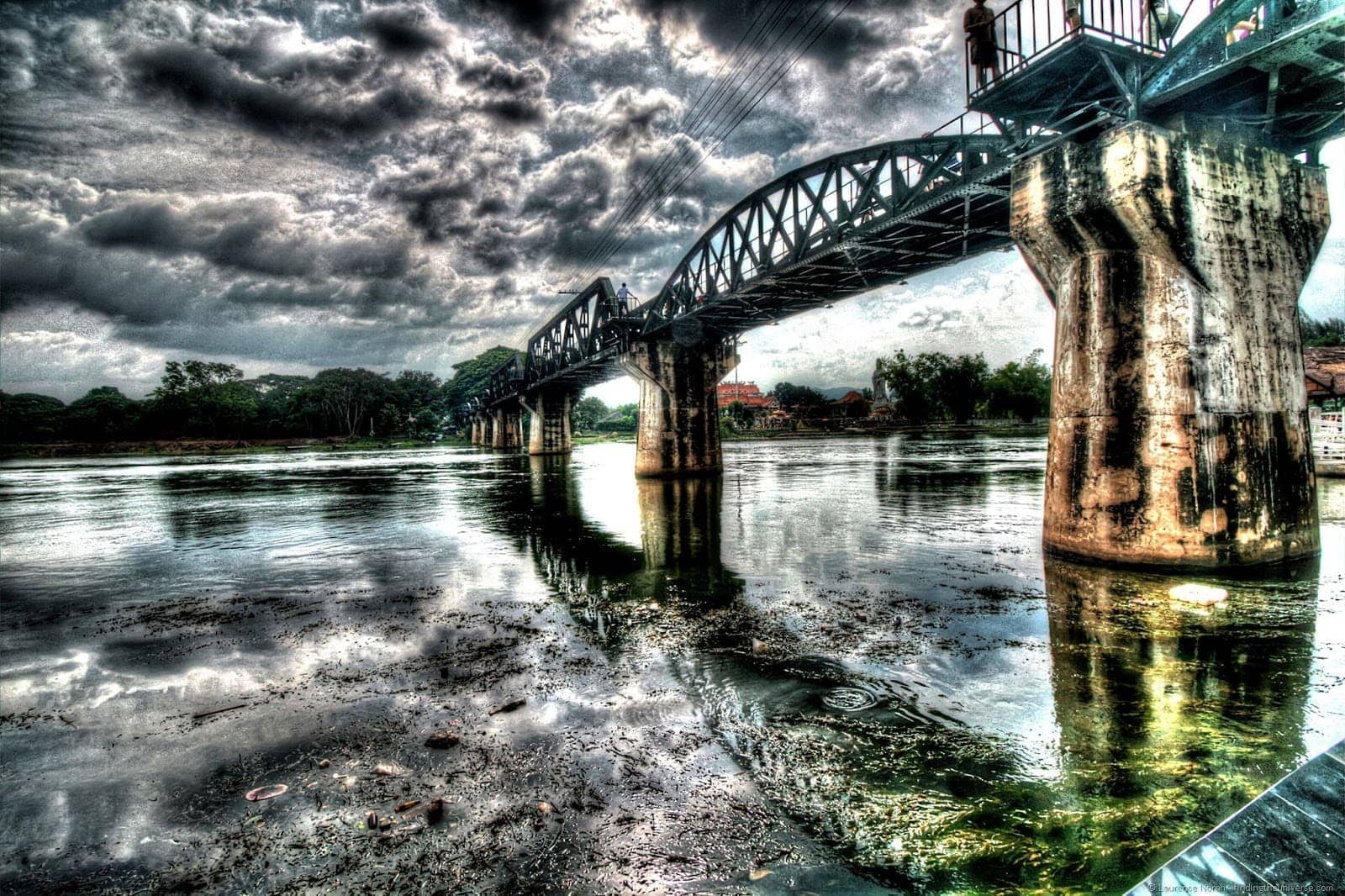 Things to do in Kanchanaburi

Seriously, you can’t visit Kanchanaburi and not go see the bridge over the River Kwai. It would be like visiting London and not having tea with the Queen. Some things are just not done.

It’s actually quite a strange place to visit. There are party boats going up and down the river, hordes of people, and vendors selling trinkets all over the place. This seems oddly juxtaposed against this memorial to suffering and horror. Although, having visited plenty of sobering locations, I can’t say as that this is a worse approach.

I don’t know how the builders of the original bridge feel about how it is remembered today, but I guess it is better to have the sounds of Gangnam style banging out rather than the sounds of gunfire and death. 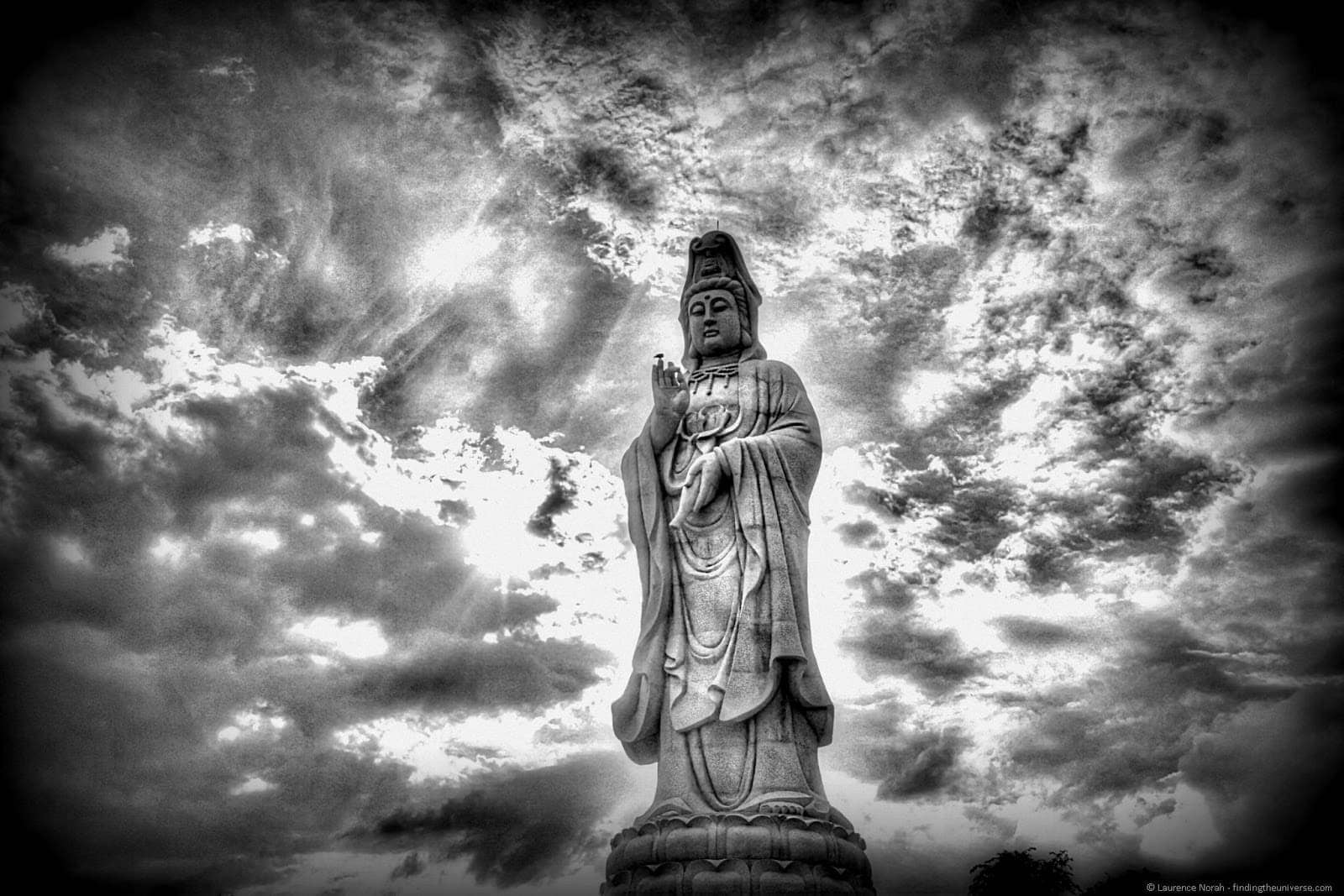 Take in the JEATH war museum

Now this is a truly sobering place to visit. This museum, located in downtown Kanchanaburi (and not next to the bridge, despite the misleading signs to another museum), features a bamboo hut that is built in the same style as the accommodation that the prisoners of war were housed in during the railway construction.

It features stories, eyewitness accounts, newspaper clippings, and as much information as possible regarding the construction of the railway and what life would have been like as you can absorb. Other than the below cemeteries, this was the place where the true horror of the railway construction became real for us.

Building the Burma Railway was not a task without loss – there was a reason that this was called the Death Railway. Around 16,000 Allied prisoners of war and 90,000 conscripted Asian labourers died during its construction.

There are three cemeteries holding the majority of the dead, two in Kanchanaburi and one across the border in Burma. In Kanchanaburi the main cemetery is by the towns train station and holds 6,982 graves. Chungkai War Cemetery, a little out of town, holds a further 1,750 graves. 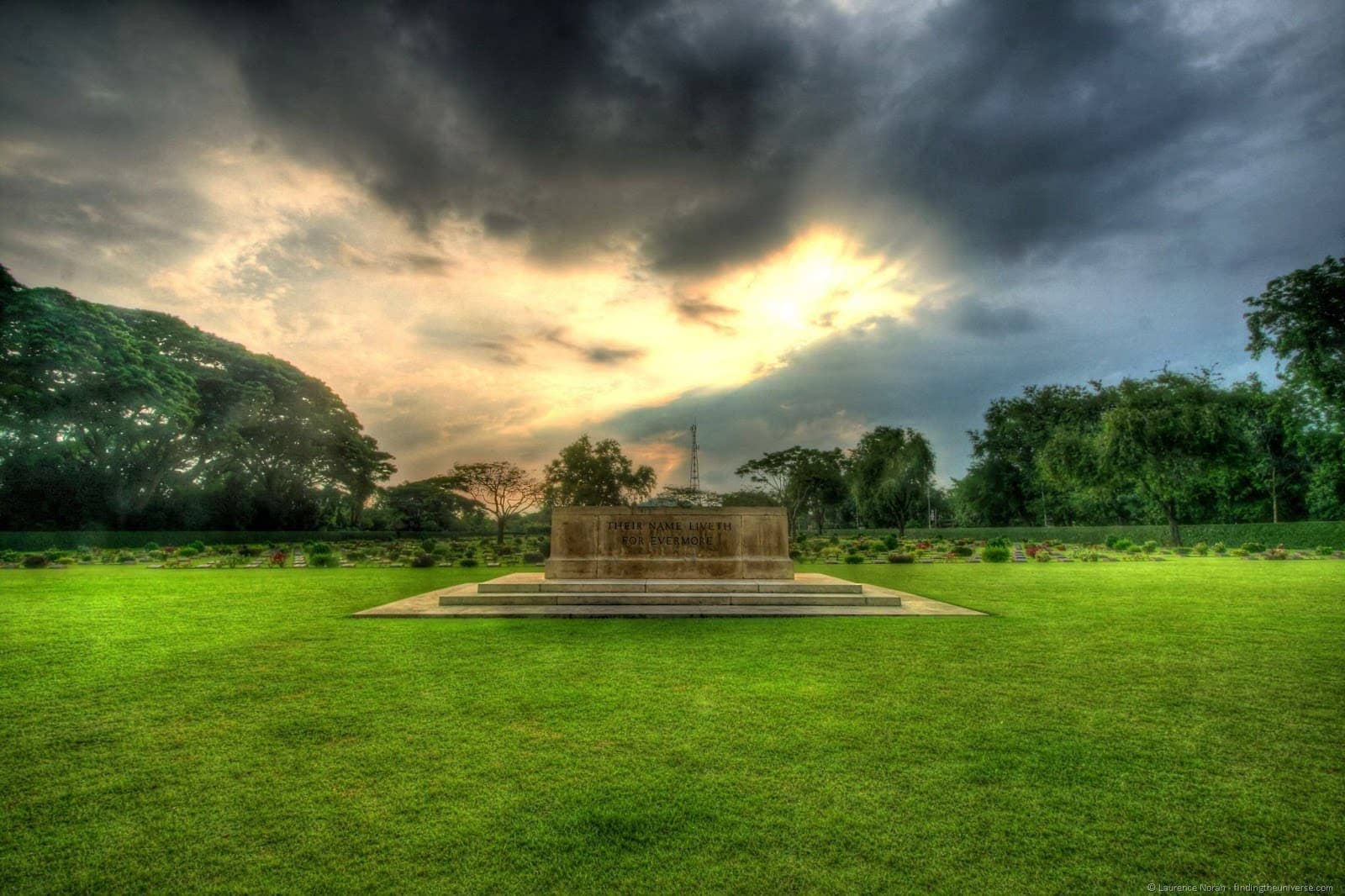 Visiting these graveyards, with their rows upon rows of immaculately tended headstones lends an air of perspective to the incredible loss of life that this war project incurred. It’s hard to take in, and even harder to try to understand that these two graveyards account for less than 10% of those who died.

Whilst the history of this town is very much about the impact of the war, there is a lot more to see in this area than war history, and this was why our trip ended up being extended to nearly two weeks.

If you take a bit of time to explore, you’ll be able to see one of Thailand’s most impressive waterfalls, a seriously enormous tree, and a whole host of temples, including one featuring a floating nun. Read on for some ideas.

About 50km north of Kanchanburi are the Erawan Falls, a seven tiered waterfall which are regarded as some of the most beautiful in Thailand.

It’s around a 2km walk from the first tier to the top tier, and all the levels are great for a swim, so you can easily spend a whole day enjoying yourself here. 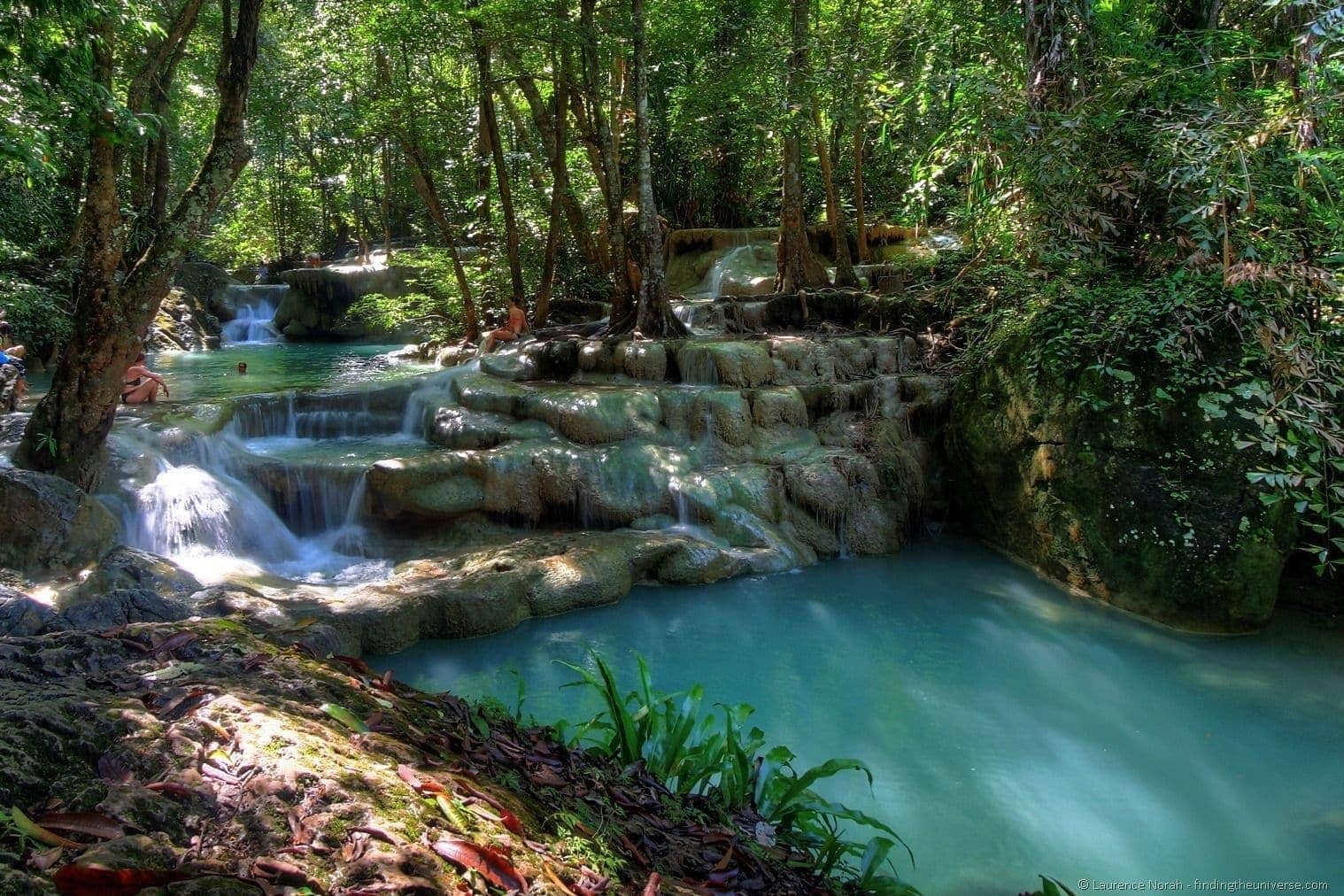 The cheapest way to get here is by public bus. These start running at around 8am and are clearly marked as going to Erawan Falls. You can flag these down on the main road through town. Entry to the falls as a foreigner is 200 baht, which is standard for nearly all the national parks in Thailand at time of writing.

If you’re up for exploring the gorgeous countryside surrounding Kanchanaburi, then a ride on bike (or scooter, if you’re not feeling like tackling a 30km round trip in the heat) can be very rewarding. As soon as you leave the city behind you’ll find yourself in a world of green, peaceful surrounds, with limestone peak scenery and plenty of temples to investigate. 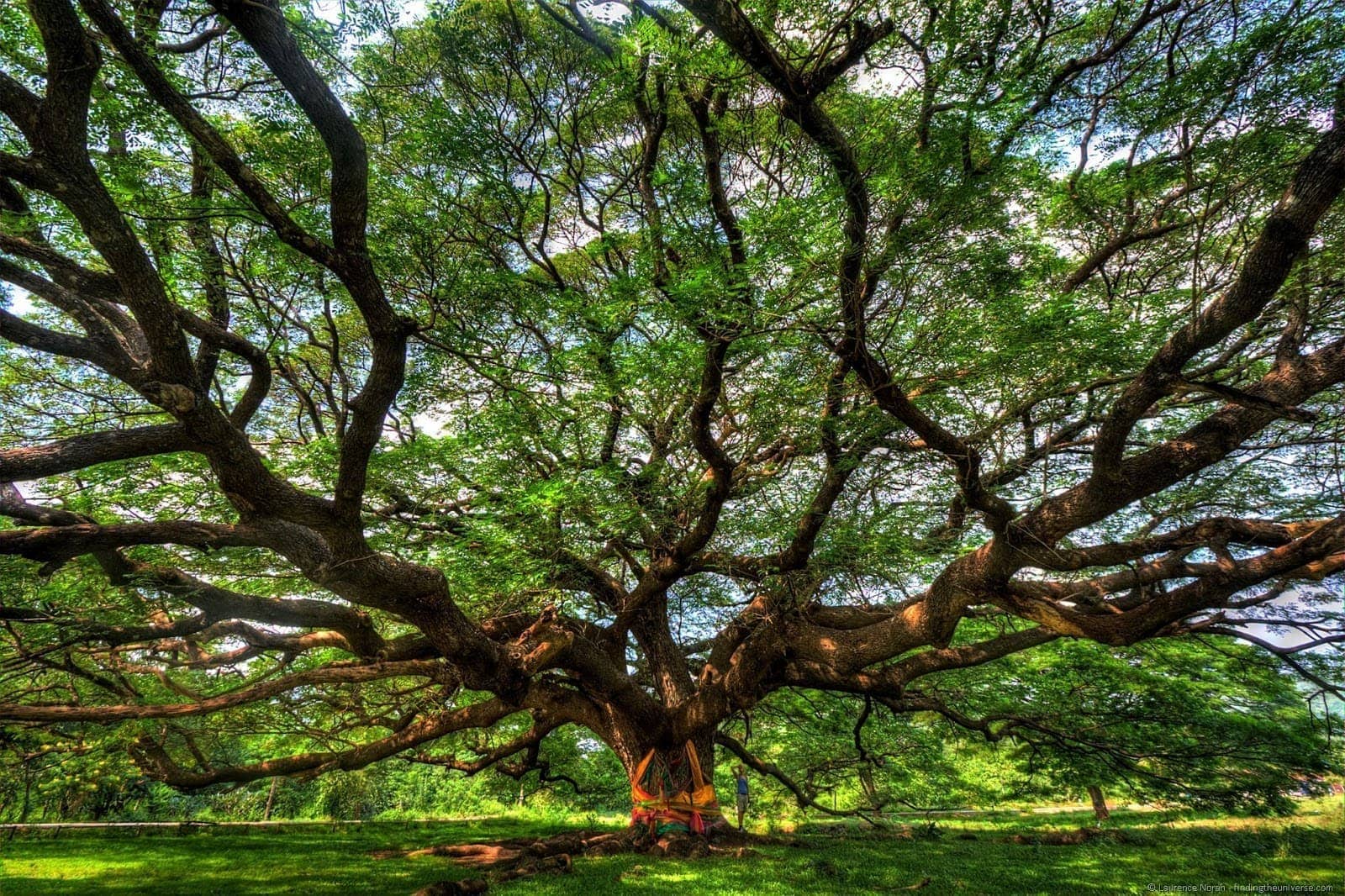 We cycled all the way out to the giant monkey puzzle tree of Kanchanaburi, which was quite the adventure, as the map we had been provided in the tourist office was vague to say the least. Still, plenty of friendly locals helped us on our way, and the tree was indeed particularly giant, so the trip was entirely worth it.

Visit a temple in a cave

Kanchanaburi is surrounded by limestone peaks, which means that there are caves galore in this region.

Some of the nicest caves have been co-opted for use as temples, such as Wat Tham Khao Pun, a few kilometres west of town. This is a series of caves featuring a variety of Buddha statues, including a reclining Buddha at the entrance, and is very much worth the minimal entry fee.

Outside of the caves, you can head towards the river and take in a lovely view of the surrounding region and river, in the company of a giant sitting Buddha.

Climb inside a giant dragon

Wat Ban Tham is another cave temple, but with a slight difference. The cave is located half way up a mountain, and the entrance is reached by climbing through the mouth and insides of a huge dragon statue.

Various moments of the Buddha’s life are painted on the walls inside the dragon in detailed pictures but I have to admit to just being excited about the whole dragon staircase thing. 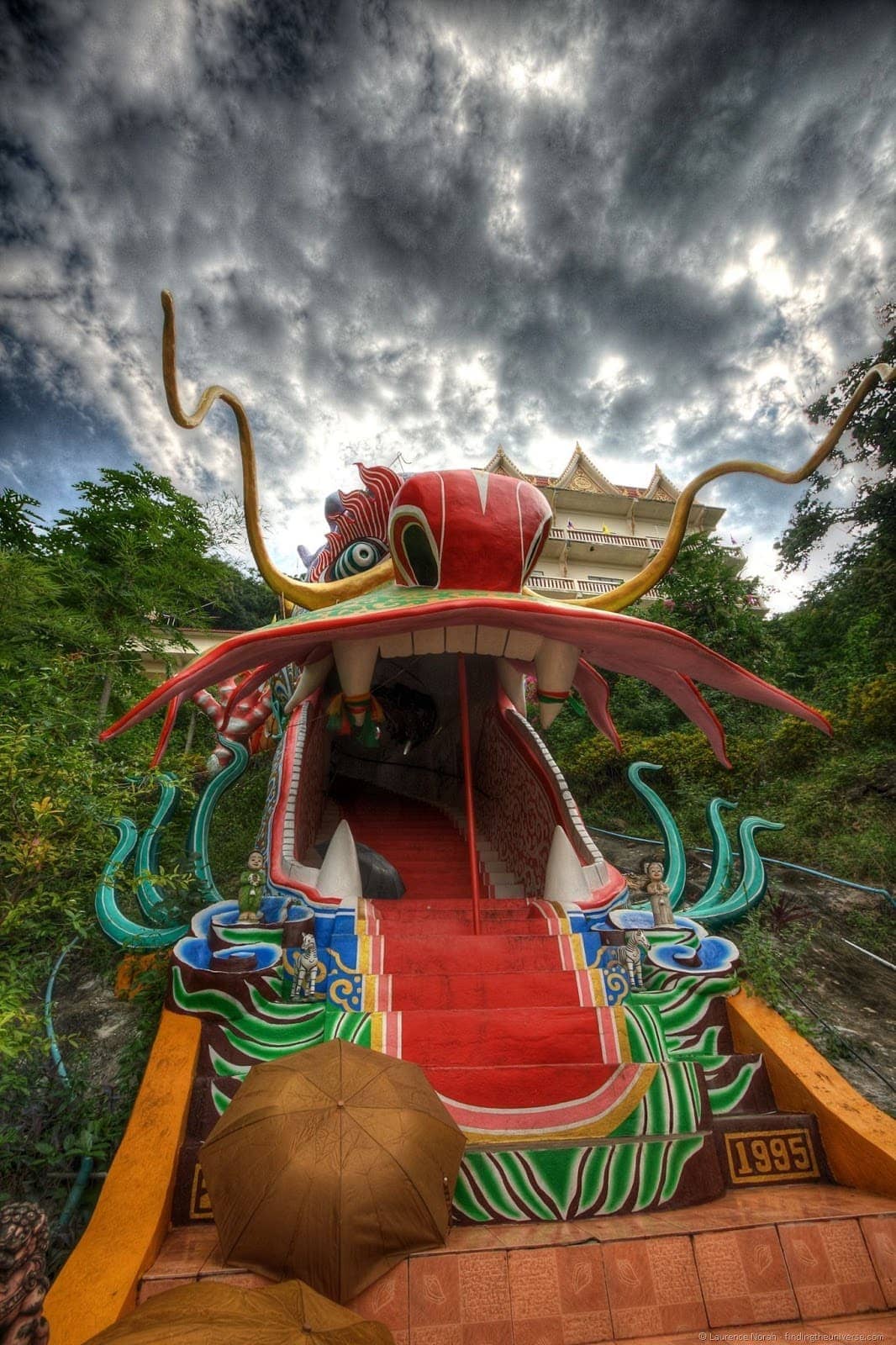 At the end of the dragon is the actual cave, home to a large Buddha statue and various shrines. You can also climb further up the mountain, to a spot which offers a great view across the surrounding countryside.

Go to the night market

No town in Thailand is complete without a night market where you can gorge yourself silly on incredible local food at rock bottom prices, and Kanchanaburi is no exception. You’ll find the night market near to the main train station, with all the tasty food you can eat, as well as clothing, movies and so on.

There is a lot more to do in the Kanchanaburi area beyond that above, and you could easily spend a heap of time relaxing and exploring here. I’d recommend giving it more than a passing glance – you won’t regret it.

Kanchanaburi is one of those towns that is far longer than it is wide. There are three main clumps of interest – the northern end is where you’ll find the bridge, and various stalls and shops selling trinkets.

The middle part is home to the main tourist strip, and is where most of the accommodation and restaurants and bars are. The southern end is the “proper” town, with malls, the bus station and the tourist office, as well as the JEATH war museum.

How to get around Kanchanaburi

In total, Kanchanaburi stretches for around 6km, so if you’re living in the middle (which is the most likely scenario), you’ll be looking at around a 3km walk to the bridge or the southern part of the town.

Whilst this is all very walkable, renting a scooter for 200 Baht /day, or a bike for 50 Baht/day, is likely going to be an easier option, particularly for visiting the temples and sights out of town.

How to get to Kanchanaburi

This being the home of the death railway, naturally you are able to arrive here by train from Bangkok. There are two train stations in the town – the main one is near the central part of town, where most of the accommodation is focused, and the other train station is at the River Kwai bridge itself.

Arriving by train is of course very appropriate, but you’ll find that it is a bit inconvenient, as first you have to go to a train station in Bangkok which is somewhat out of the way (Thonburi train station), and second, the train is a lot slower than the bus. Buses to Kanchanaburi run from a whole variety of Thai towns, including Bangkok, and if you’re in a hurry, then this is the way to go.

Where to stay in Kanchanaburi

Kanchanaburi is not short of places to stay. The main focus of accommodation is in the central part of the town, which is also where most of the food options are, as well as the main War Cemetery and train station.

A popular option is a raft house on the river, where you will be rewarded by being gently rocked to sleep and some quite spectacular sunset views. The downside is that depending on the time of year and week that you visit, you may find your sleep disturbed by the pounding beats of the party boats that go up and down. These seem to be more prevalent on the weekend. 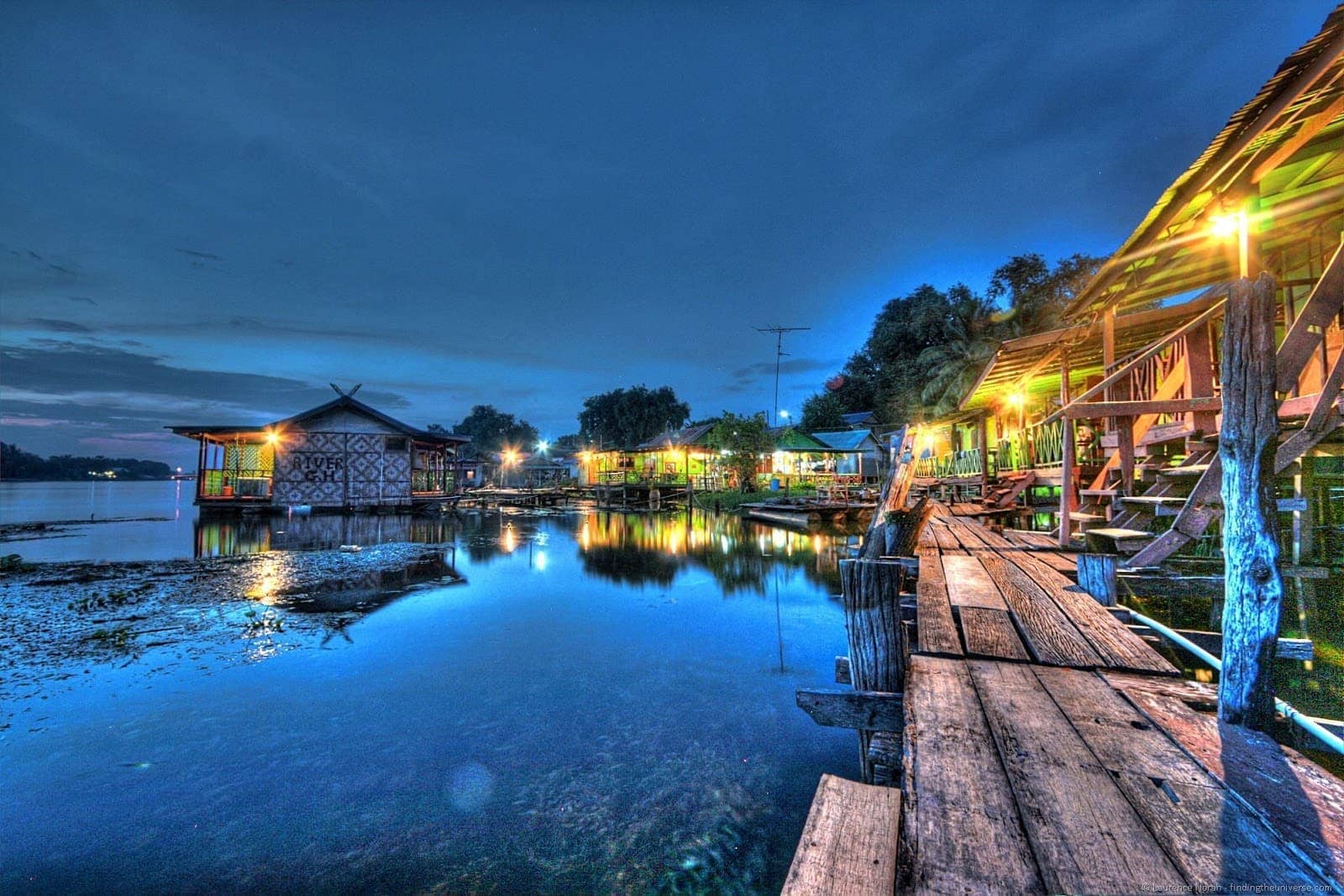 We stayed at the River Guest House, which was somewhat rustic. It was however wonderfully quiet, stuffed full of character and a real bargain, and easily walkable from the train station. We can’t find a website or a way to book this property online (we just turned up), although a phone number is listed on the Google Maps entry that you can try.

It is quite “rustic” and definitely a budget option, but we enjoyed it. If that doesn’t sound good, then we would recommend just dropping in to a number of venues and seeing what is available before committing.

Alternatively, if you would prefer to book in advance and not have to worry about finding accommodation when you arrive, check out these listings for Kanchanaburi to find something to suit your budget and tastes. Just check out the reviews to see what kind of vibe a place has before committing.

And that about sums up our thoughts on Kanchanaburi! We’d love to hear what you think about this post. Have you been to Kanchanaburi, or would you consider going? Anything you’d add to the above? Do let us know in the comments below. 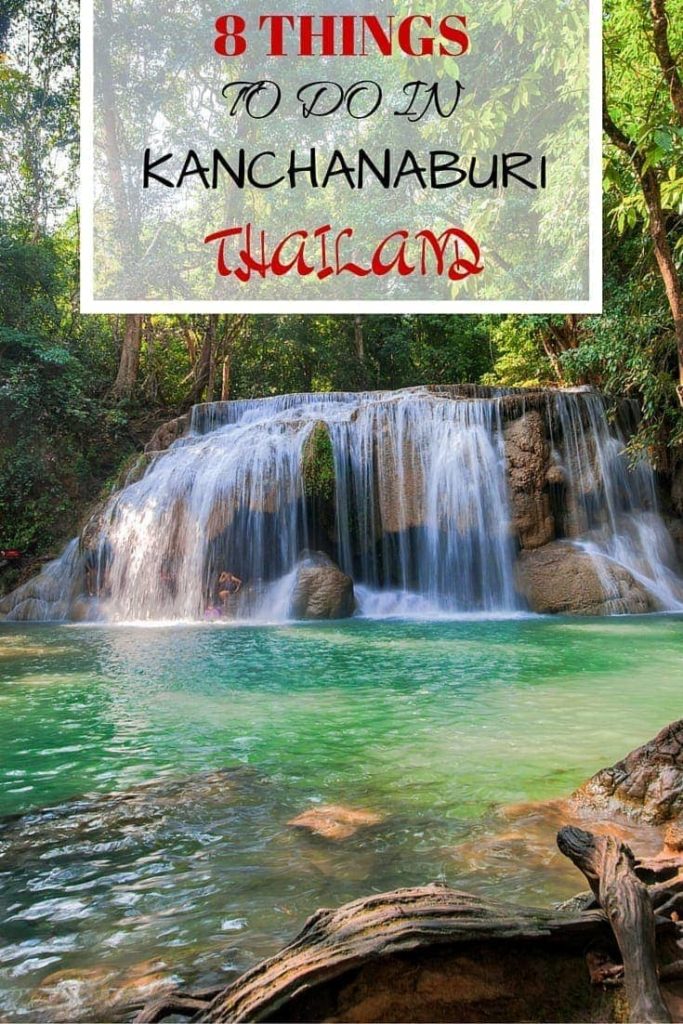 Home » Destinations » Asia » Thailand » Things to do in Kanchanaburi