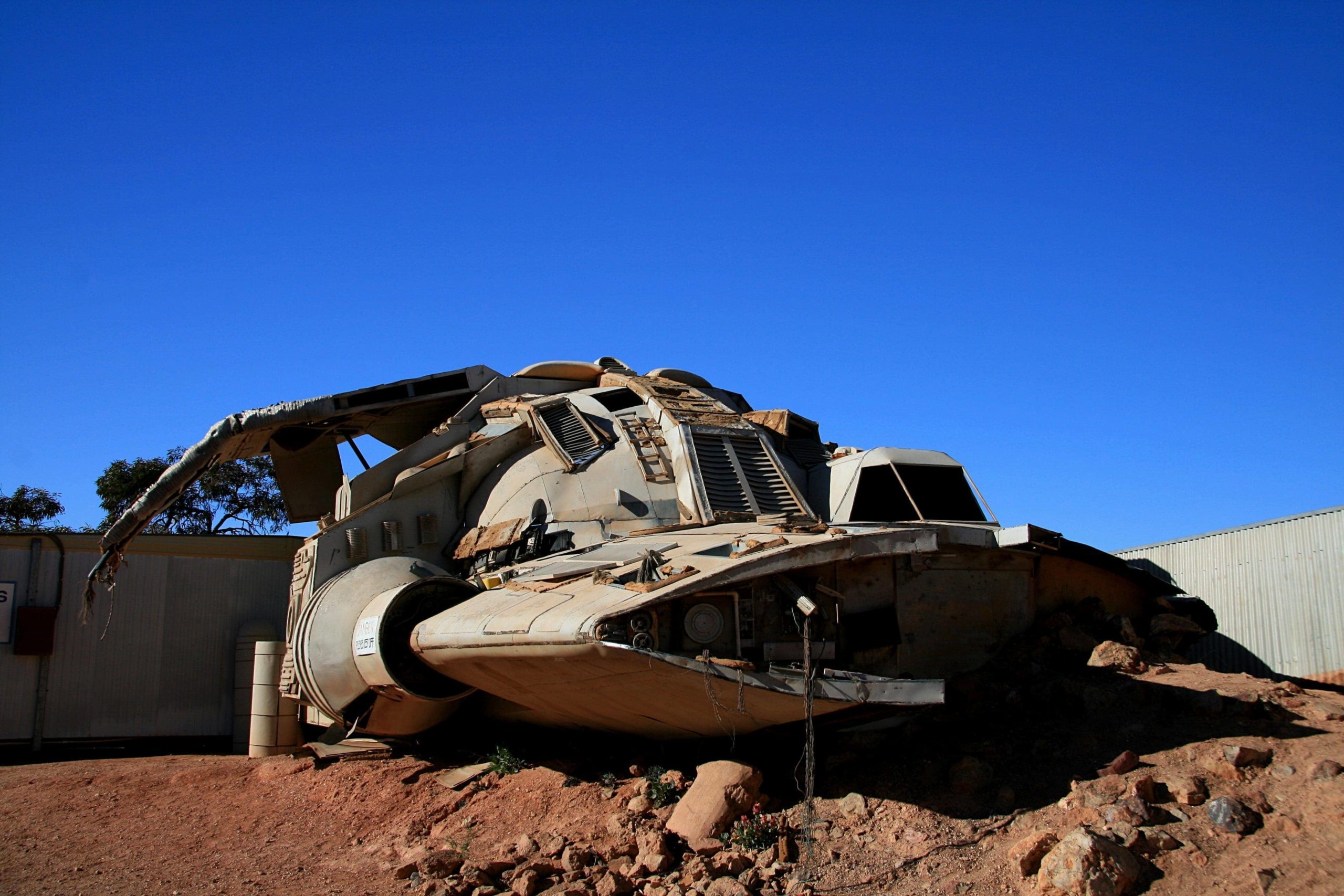 Home » Destinations » Australia » Four amazing outback Australia film sets
Finding the Universe contains affiliate links, meaning if you make a purchase through these links, we may earn a commission at no extra cost to you.

In case Australia didn’t already have enough to offer you, what with the endlessly beautiful outback, the stunning and often empty beaches, the mountains to climb, the surf to ride, and so on, here are some reasons that might give the film buffs out there some extra excuses to visit on top of everything else.

Below are four films that you may recognise which were predominantly filmed in Australia. In my opinion these showcase some of the best scenery and locations that outback Australia has to offer. I was lucky enough to visit all of these locations on my recent trip down under. 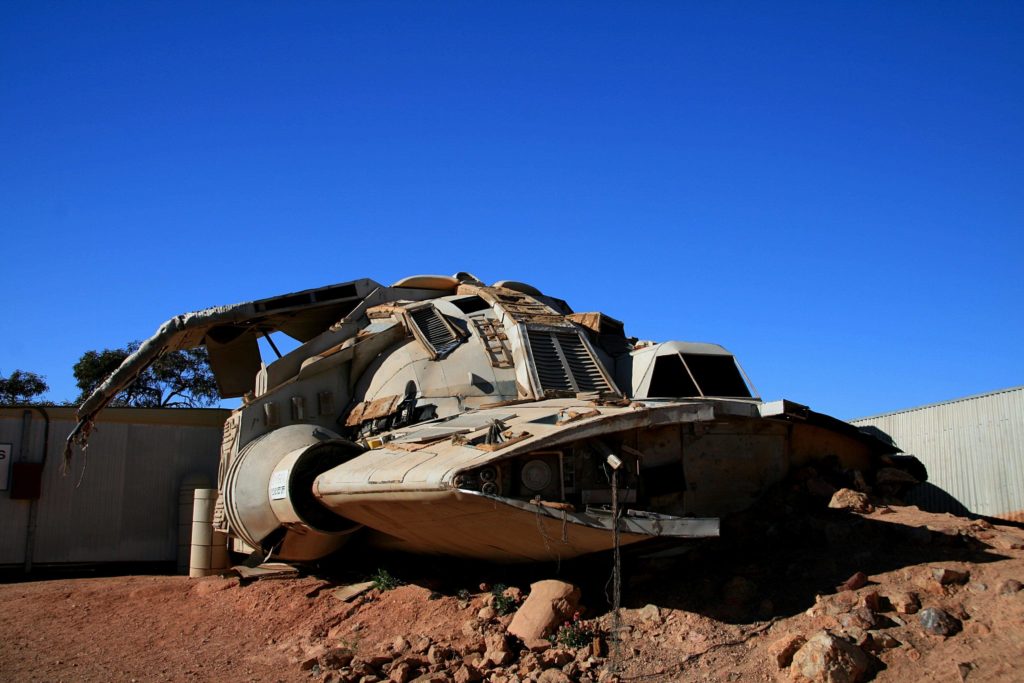 This is the opal mining capital of Australia and there are something like 200,000 holes in the ground dug by hopeful miners. As there are so many holes already, it seems only natural that most of the local residents choose to live underground too, a sensible choice as it avoids the scorching heat and freezing cold of the desert climate, and results in a pleasant 24 degree ambient temperature year round.

You can find churches, a camp ground, pubs and even a golf course underground. Wander around town a bit, and it won’t be long before you start coming across props from the film, including a giant chunk of spaceship. Or, you could head out of town a few kilometres to the aptly named Moon Plain, a seriously barren bit of land which looks, as you would expect, like the surface of the moon might.

A bit further on and you come to the absolutely surreal painted desert, a pile of oddly coloured sandy dunes that look like they actually did fall out of science fiction. 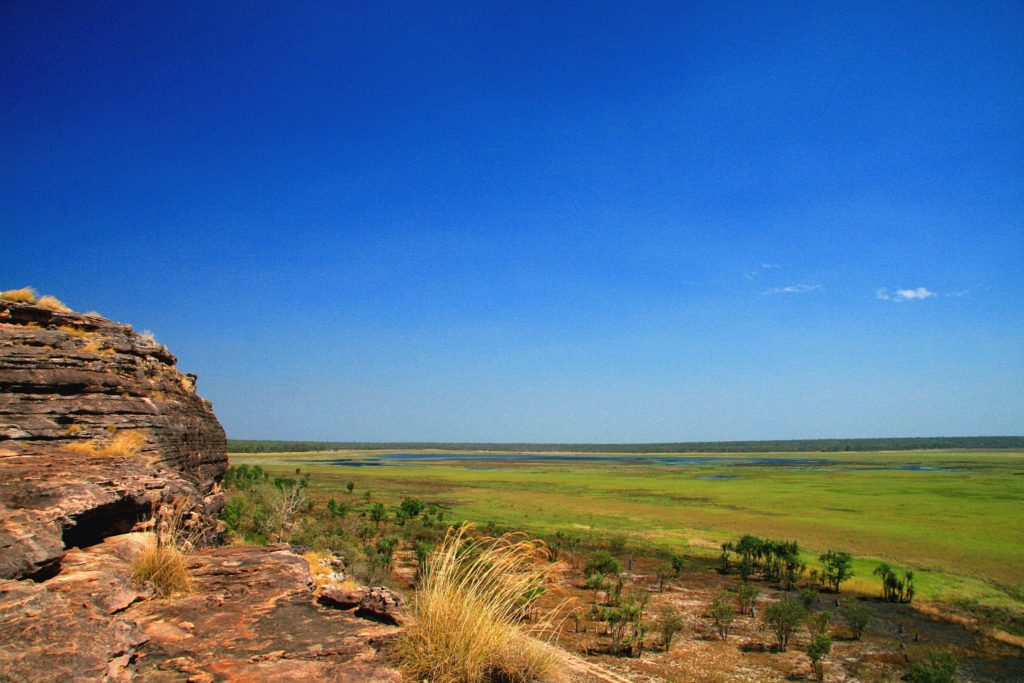 This film is about as Australian as you get. Like Kangaroos, barbies (the grilling kind, not the doll kind) and XXXX, it’s instantly recognisable as an Australian classic.

The Australian parts of the film were mostly filmed in Kakadu National Park, in Australia’s Northern Territory. Two key scenes were filmed at Ubirr (pictured), a massive bit of rock overlooking a floodplain (conveniently full of crocodiles) and Gunlom, a waterfall featuring a pool, handy for a bit of spearfishing (in the film at least!).

Both of these sites are absolutely worth the visit, Crocodile Dundee aside: Ubirr for the vistas across the floodplain and huge numbers of ancient aboriginal paintings, Gunlom for the refreshing swimming hole and huge waterfall. 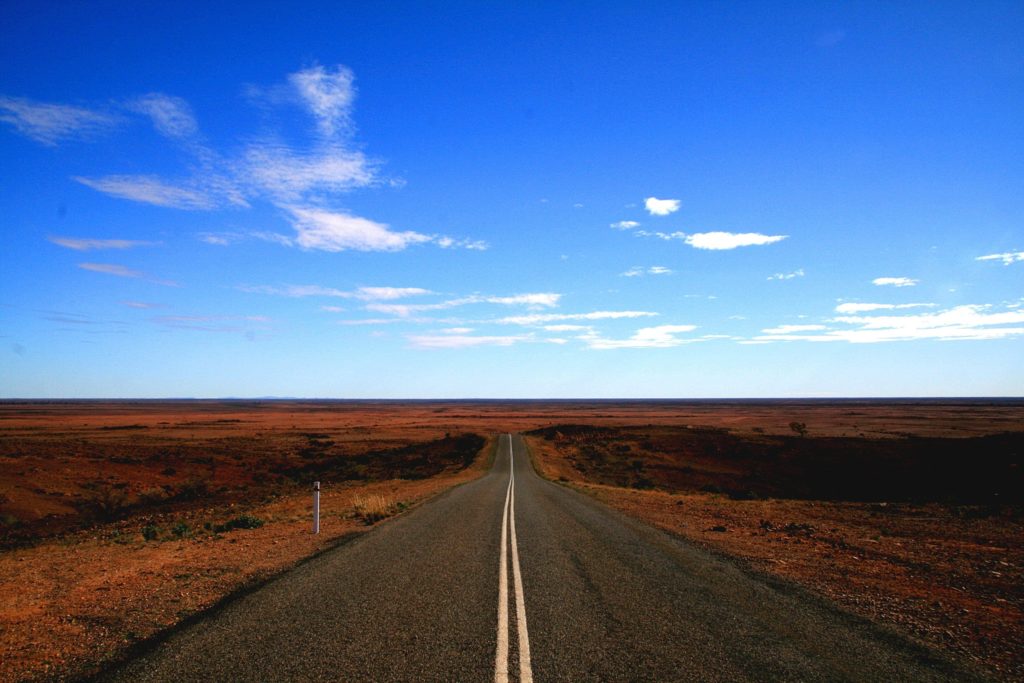 Once a booming mining town playing host to over three thousand inhabitants, Silverton has now become a ghost town with less than fifty permanent residents. This hasn’t stopped an absolute multitude of films being shot here, with arguably the most famous being the post-apocalyptic Mel Gibson-a-thon that is Mad Max 2.

The pub, one of the main features of the town, has details on all the films that were filmed in the area, with photos of cast, crew and productions. It also has Max’s car from the film parked outside. Which is pretty cool. The small town, now home to a number of artists as well as tea shops, is worth a wander around, although it won’t take long, and the views of the barren landscape surrounds are breathtaking.

Bungle Bungles, WAWhilst perhaps not the box office smash that Baz Luhrmann may have hoped for, one thing this epic did manage to achieve was a demonstration of quite spectacular outback scenery. The film focuses particularly on the scenery of the Kimberley region in the north-eastern part of Western Australia.

There are a myriad locations featured, as the Kimberley region is roughly the same size as the state of Victoria, so there is a lot to choose from, including the amazing Gibb River Road and Purnululu National Park. Once I had given up on the plot of the film, and focused instead on viewing it as a giant tourist brochure for Australia, I enjoyed the whole thing a lot more.

Those were four films that, in my opinion, showcased some amazing Australian scenery. If you happen to be passing by these areas, and need an extra excuse for a visit, hopefully this will have swayed your opinion! Let me know if I’ve missed your favourite Australian film location off my list in the comments below.