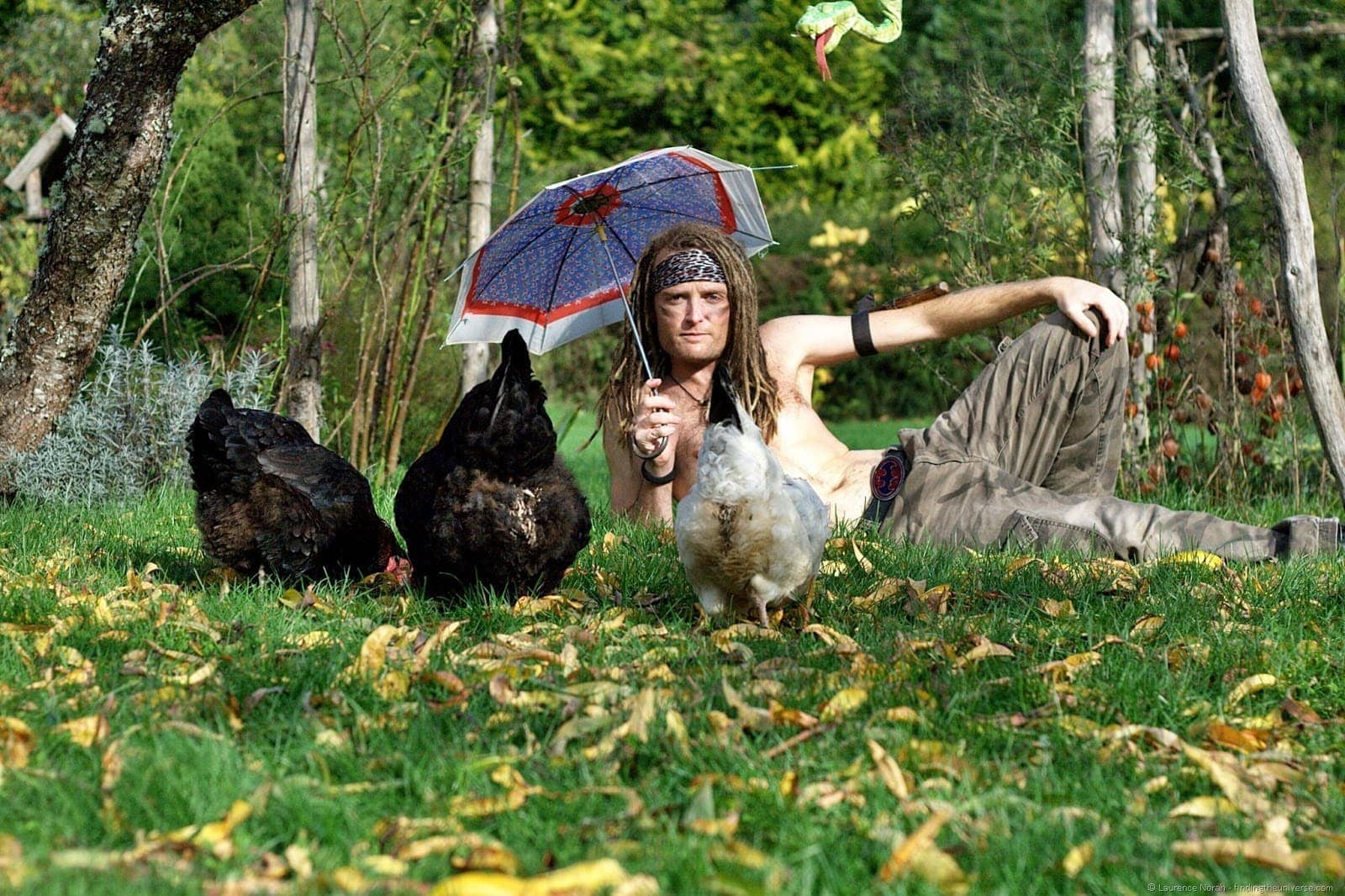 Home » Uncategorised » Getting (nearly) naked for charity
Finding the Universe contains affiliate links, meaning if you make a purchase through these links, we may earn a commission at no extra cost to you.

Charity. It’s a dangerous word. It’s the sort of word that makes people do things in its name. Crazy, terrifying, outrageous things. It also lets us do things that we would never in our wildest dreams have thought of doing. I’m looking at you, bottle of olive oil. This was all your fault.

It’s also a force for good. We do these crazy things ostensibly to raise money. Not because we’ve always secretly wanted to take off most of our clothes and get it on with a bottle of oil and a fake snake (if you do this regularly anyway, well done. It’s terribly liberating).

Ok, let’s rewind a tiny bit and introduce some context. A few months ago (ah, how heady and distant they seem now), a travel blogger by the name of Chris Walker Bush asked if any other travel bloggers were interested in getting together, in the name of charity (alert signs should probably have been flashing at this point), and putting together a “Men of Travel Blogging” calendar.

What the hell I thought. That should be a bit of fun. Grab some snaps of some blokes standing around, package it up with a sexy cover of a mountain or something, and voila! – countless Christmas present dreams come true whilst money is raised for charity. Naturally I signed up.

Some time passed, and before I knew it,  the whole thing was starting to snowball rather disturbingly. First – the girls wanted in. There was no longer just going to be a men of travel blogging calendar, but also a women of travel blogging calendar. Then the first photo for the calendar was shared – of some chap sitting pretty much naked in a lake in Tasmania, with some quite fantastically gorgeous scenery around him. And snow. Hats off, sir, that took some balls. Hopefully not literally.

I’m not going to lie. I may have slightly underestimated the professionalism of my fellow participants. The group started talking about hiring photographers. About props. About photo shoots. Naturally, I did what anyone else in my situation would have done at this point – I put the whole thing out of my mind, and assumed a solution would present itself in the fullness of time. 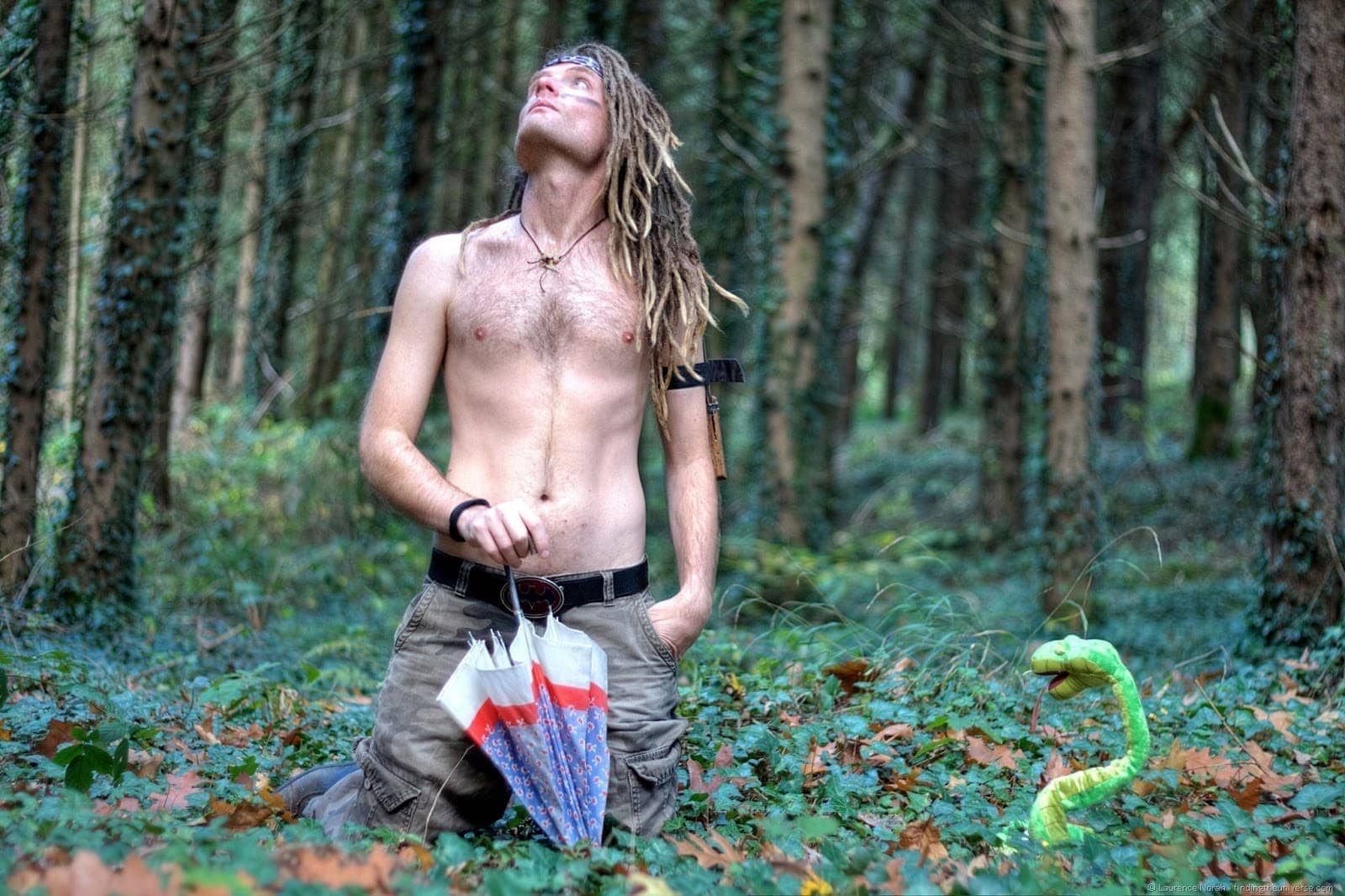 The months started to pass alarmingly quickly, and I managed to ignore the problem spectacularly well. Despite spending time hanging out in a glorious villa, road tripping across France and Germany and, well, generally having a whole host of amazing opportunities to take pictures of myself against glorious sceneries, I kept it firmly shoved down in the back of my mind.

You see, whilst I am fairly comfortable hiding on the viewfinder side of my lens, I’m not so great at the actual modelling thing. Put a mountain in front of me, with some tastefully arranged clouds, and I am a happy man. Put me in the frame and, well, I am less happy.

Hiding from my problem didn’t solve it though (I know, who would have thought?). Instead, as more and more participants started to share their images and their outtakes – in particular the ladies, who seemed to be really getting into the swing of it – it dawned on me that action was going to have to be taken. That, and the upcoming deadline of the 31st of October, by which point all of the photos were going to have to be submitted so the calendar could be printed. There’s nothing like the impending humiliation of letting down your peers to motivate.

I enrolled my style advisor and soon to be photographer (better known as Vera, my other half), and she came up with a sort of wild man of the jungle Tarzan theme. Admittedly, the pine forests of France are a little way away from say, the fern coated jungles of Borneo, but a bit of make up, a fake snake and a large knife go a long way towards creating a scene. Plus, if all else fails, I could enroll the chickens in the shoot. It was time to cover myself in olive oil and head outside. 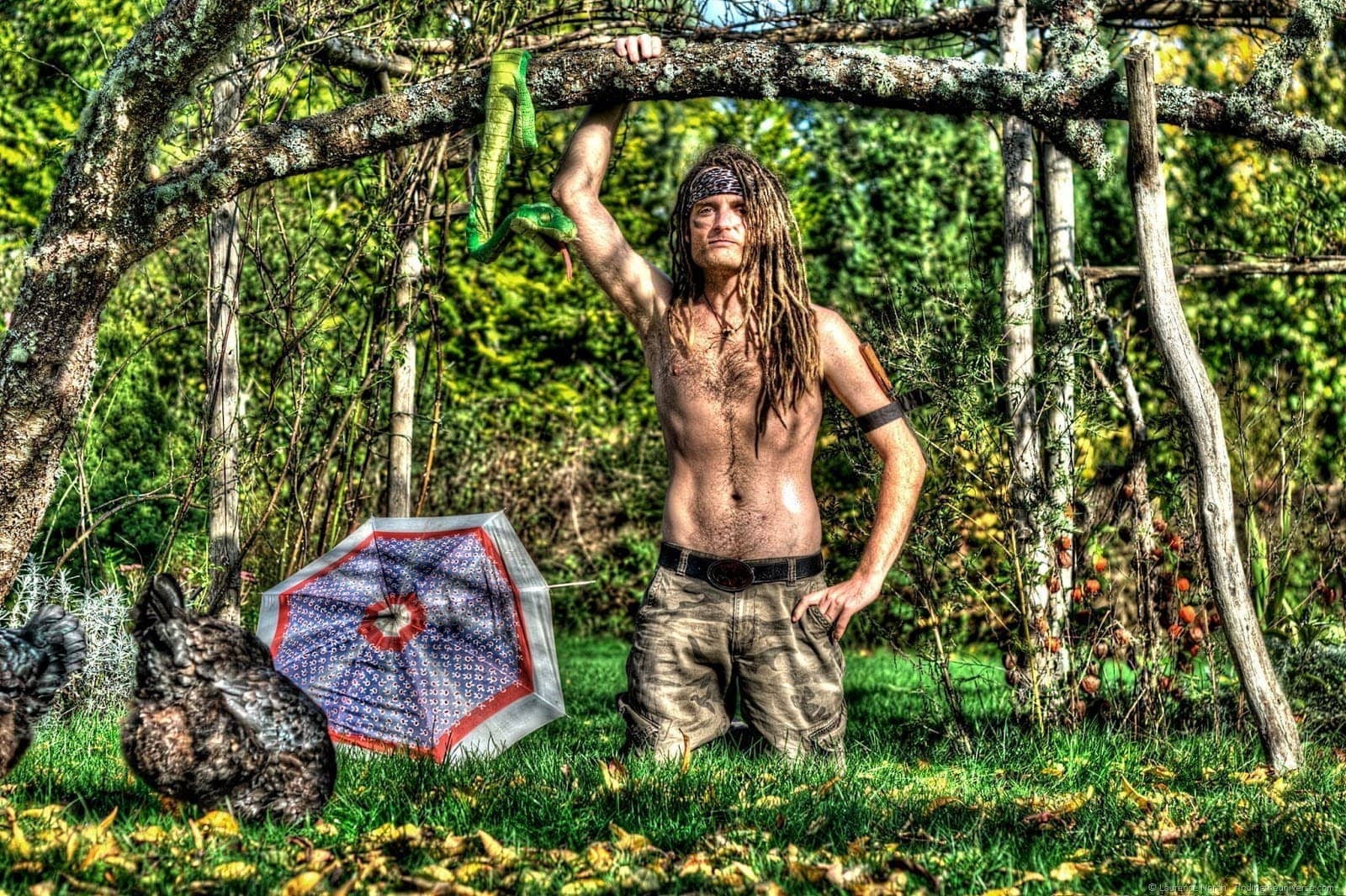 Leaving things to the last minute to shoot a summery themed Mr. June shot was perhaps a bit of an error I quickly realised. Late October in Europe is not normally a time associated with balmy weather. Winter was firmly on the way, with a cool Siberian wind blowing. My nipples hardened into tiny bullets while the rest of my skin took on an appealing goosey feel. Nice.

Luckily, my assistant was on hand, quite literally, with copious amounts of olive oil to lather my skin in. The stuff is quite fantastic – I can highly recommend it to artic explorers. Who needs clothes when you’ve got oil? Feel free to quote me on that.

Nipple freezing issues resolved, it was time for the actual shoot, and we wandered around our locality searching for the ideal spot. We played with a fake snake, a tiny umbrella, and even spent some time posing with our local jungle fowl. Ok, some chickens. Who refused to present anything but their butts to the camera. Those shots didn’t make the final cut. I also had to give Vera a crash course in the use of my DSLR. Note for budding calendar shoot participants – train your photographer before the shoot. 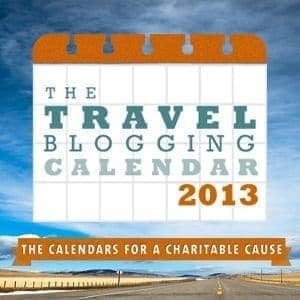 Anyway. All’s well that ends well. We got a shot that we were both pleased with. Well done me – and of course, Vera, who had to put up with my ornery instructions from the wrong side of the lens.

So where is this picture then? And does it feature a snake? Well. The answer to this question and more is not in this post. No – you’re going to have to grab the calendar to see what I managed to achieve. And this is the bit where you get involved.

The good news is that the hard work has been done by a whole group of people who have put themselves out there, quite literally, entirely in the name of charity.

All you have to do is click on through to the official Travel Blogging Calendar 2013 website, choose which sex you want to grace your walls with (or both) and know that your money is going to a good cause. Everything, apart from the shipping cost, is going to go to charity – none of the photographees are taking anything for this (of course!), and the nice folks at uPrinting.com are doing the actual printing for free. Plus, and trust me on this, the pictures really are worth it.

As always, a huge thanks for reading. If you’ve ever done anything for charity that scared you a bit, I’d love to hear about it in the comments below. Or, you can just tell me which calendar you chose. Hopefully the boys. I know those girls are sexy, but damn it, I got covered in oil for this! Your support is appreciated 🙂